I was browsing the “posti” website (Finland’s Postal Services company) a couple of weeks ago and noticed they had the Davo “Preserve the Polar Regions and Glaciers” album for 20 Euro in their online shop. Usually when I come across this it is more like 80 Euro (95 Euro on Davo’s website). So I dropped it in my basket and hit checkout. It was over the minimum amount for free shipping and all I paid extra was a 1 Euro handling fee. I decided to check the price again a few days later and discovered it was back up to 86 Euro. I was having doubts I would actually receive what I had ordered.

The other day I got my package in the mail and there it was. For the price I figured this might have been an album without stamps but I was wrong. It was complete. So for 20 Euro I got an album that retailed for over 80 euro and contains roughly 40 euros worth of stamps. Quite a deal.

I would never have paid full price for this album. There were 25 postal administrations represented in the album with a single, single-sided page for each and their contribution to the stamp series mounted on that page. The mounting was very well done. The album also included 9 double sided pages with information about the polar regions. With end pages, in total there were 36 pages in the album. As for the binder itself, it was not as heavy as I had imagined and I couldn't figure out why it had to be as thick as it was considering how few pages there were in it. 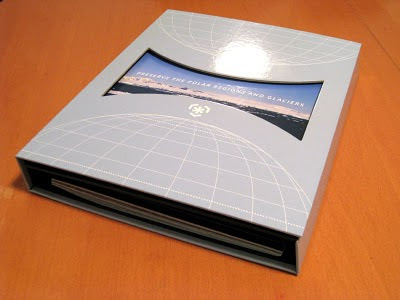 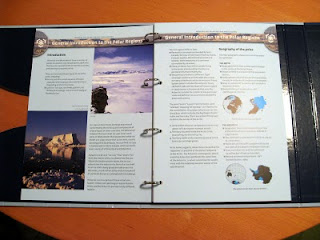 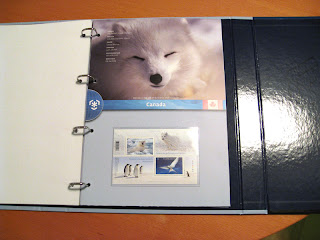 Having all that extra room in the album isn’t necessarily a bad thing though. There were several stamp issues from that series not included in the the album so if I can get my hands on some decent blank pages and some stamp mounts I’ll add extra pages and include the rest of the issues which I already have.

I also acquired a copy of the 2007 International Polar Year folder produced by Greenland Post recently. It contains the IPY stamp sheets issued in 2007 from eight countries: Denmark, Finland, Norway, Sweden, Iceland, Greenland, Canada and the US. This folder was very well done and although it too was perhaps a bit pricey for what it is (again, I got mine at a considerably reduced price), I think it was overall a better package than the Davo PPRG album… for the price. 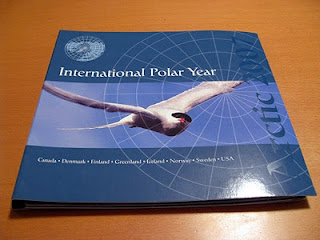 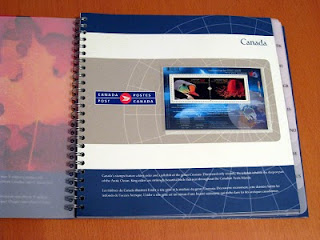