I received the first 2009 issues from Greenland the other day. They were officially released on 19 January 2009. This years Europa theme is Astronomy and the Greenlandic issue consists of a pair of stamps featuring the constellation of Ursa Minor. Next is the second (and final) part of their Fossils in Greenland series. I wish they had continued this series for at least another issue although I'm always put off by the pricing of stamp sets like this from Greenland. In the last series, the stamps were valued at 1.00, 20.50 and 25.00 DKK making it a rather expensive set of stamps. Also in the set is the Global Warming issue. This is a joint issue with something like 40 other counties to bring attention to global warming and it's affects on the polar regions. The issue also marks an end of the recent International Polar Year that started in 2007 and ends March 2009. 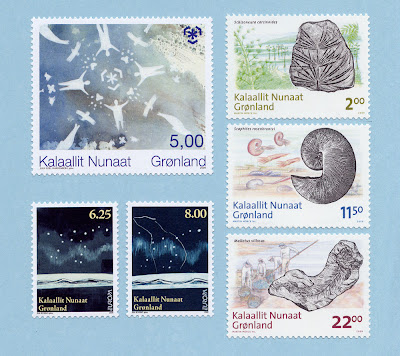 Chinese Lunar New Year is the most important of Chinese holidays. The festival begins on the first day of the first month in the Chinese calendar and lasts 15 days to what it known as the lantern festival. In the Gregorian calendar, Chinese New Year falls on different dates each year, sometime between January 21 and February 20. typically the second new moon after the winter solstice. This animal zodiac for this year (26 Jan 2009 to 14 Feb 2010) is the Ox. It is celebrated in countries with large ethnic Chinese population and countries which have strong relations to China, such as Korea, Mongolia, Singapore, Malaysia and the Philippines to name a few. 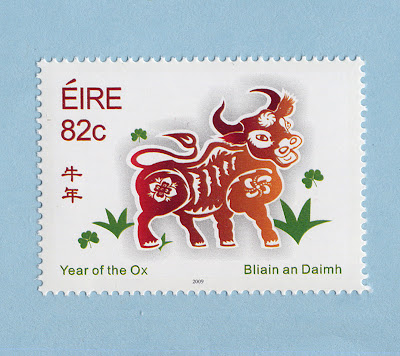 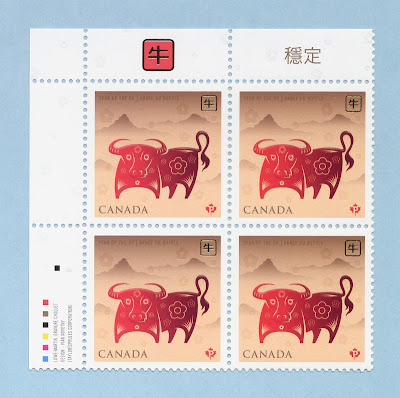 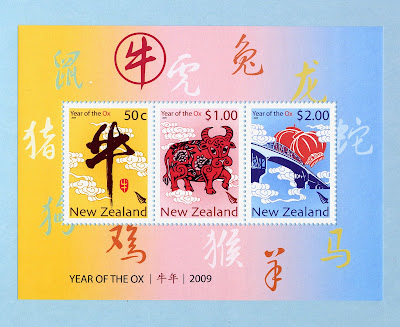 It is also celebrated in countries with large resident Chinese populations such as Canada, although not recognized as an official holiday. Several counties produce stamps to commemorate this festival.