I have the other half of this stamp sheet from 2008, on an identical cover. Two of four stamps depicting featuring Costa Rican art. 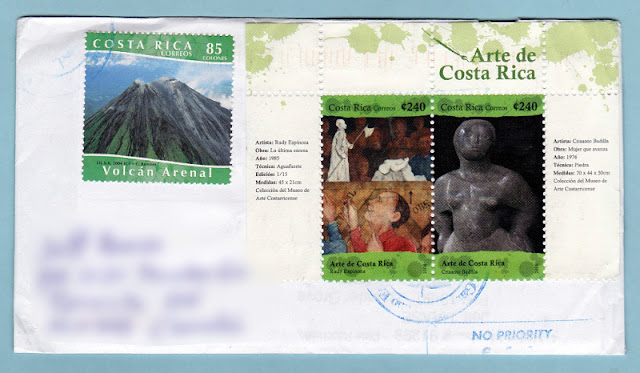 The stamps are from last year. They commemorate the 70th anniversary of the formation of the EPF:
Expéditions polaires françaises. It was established in 1947 after Paul-Émile Victor convinced the French government to fund expeditions to Greenland and the Antarctic. The EPF was succeeded by the French Polar Institute Paul-Émile Victor, IPEV, in 1992. 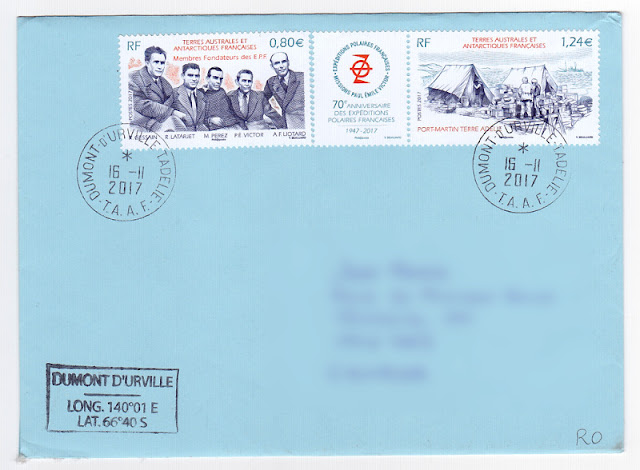 From the town of Mellieħa in the north end of Malta. The stamps (and envelope) commemorate the Feast of The Assumption of Our Lady. Each stamp features a processional statue from different churches around Malta. The one on the right is from Mosta, the middle from Mġarr and on the left from the Zebbug Parish Church in Gozo. 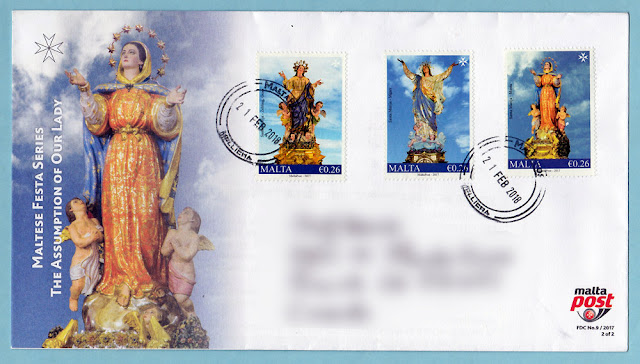 From a sheet of four. This is a snowy owl. It's printed on fluorescent paper so the whole stamp glows under UV light and the eyes are slightly embossed. 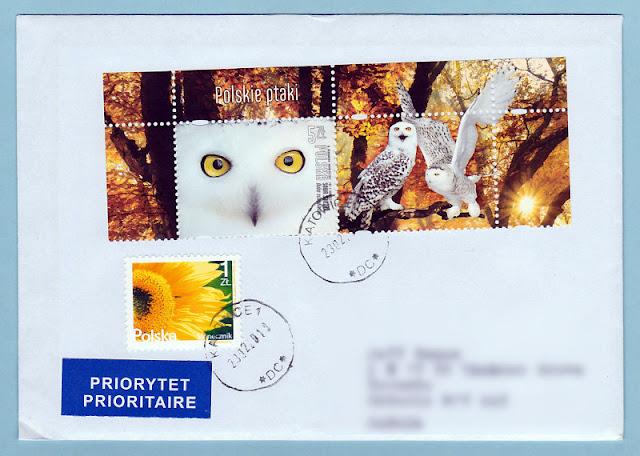 Ouyen is a small town in north-west Victoria. Home to a little over 1000 people. The bottom stamp is a Christmas Island Christmas stamp from last year. The other two stamps are also 2017 Christmas stamps which at first did't look all that special. But the images on the stamps are photos taken during the annual "Lights of Christmas" event at St Mary's Cathedral in Sydney, where lights and images are projected onto the face of the Cathedral during the month of December. 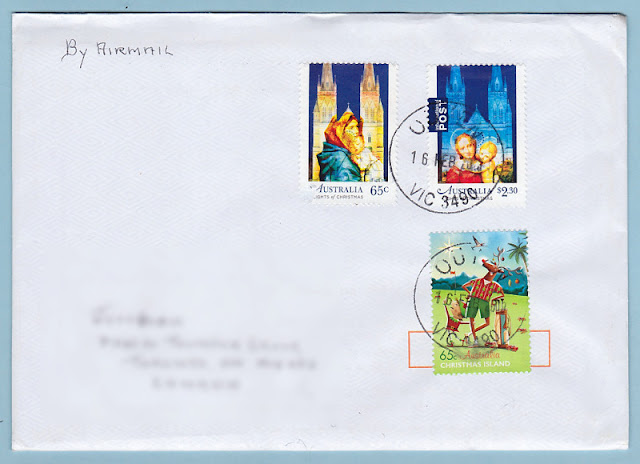