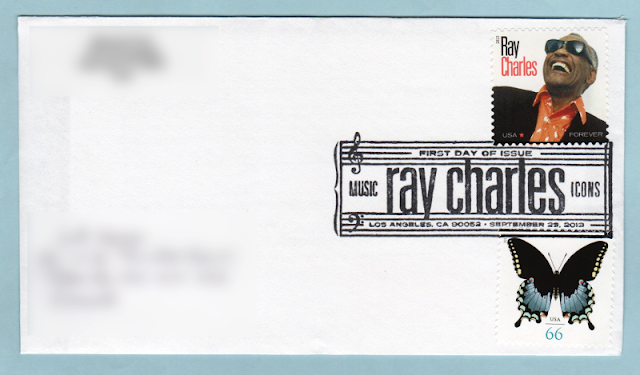 Signy Research Station is located on Signy Island: one of the South Orkney Islands north-east of the Antarctic Peninsula. The British Antarctic Survey have operated a research base here since 1947.  It is a small station with 4 buildings and a summer population of 8. 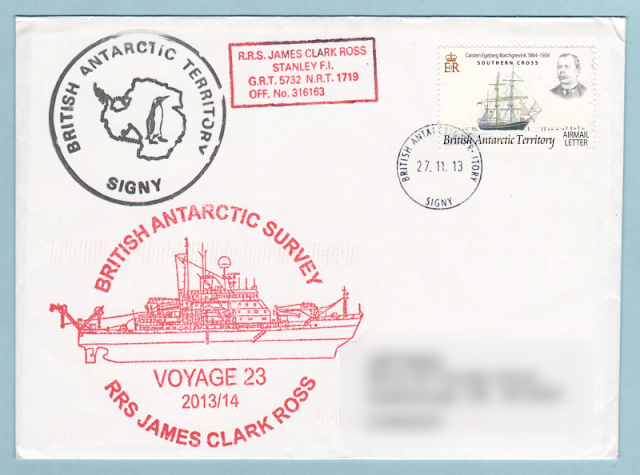 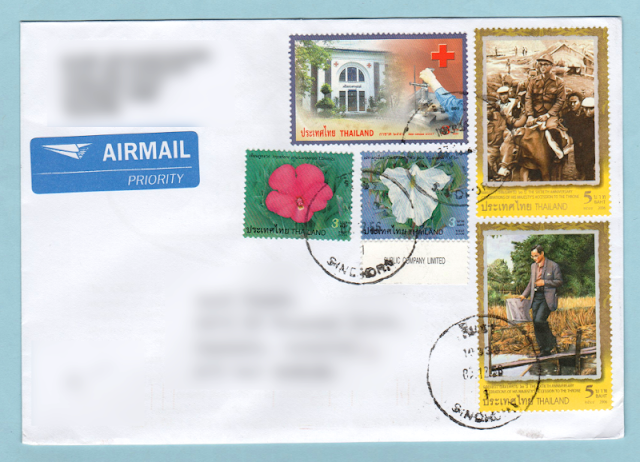 The postmark says First Day of Issue but the stamps pre-date the postmark by a year and a half. The stamps were issued 6 March 2012 to commemorate 100 years since the birth of Phillip Law, famous Australian Antarctic researcher and explorer, who passed away in April of 2010. 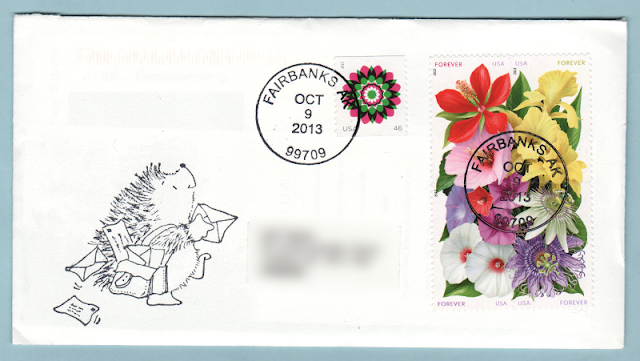 More Doctor Who from Cardiff

Stamps with the last three actors to play the part of the Doctor in the BBCs long-running sci fi series Doctor Who. Since the new series is produced in Cardiff it made sense to have this postmarked in Cardiff on the day of the shows 50th anniversary: 23 November 2013. 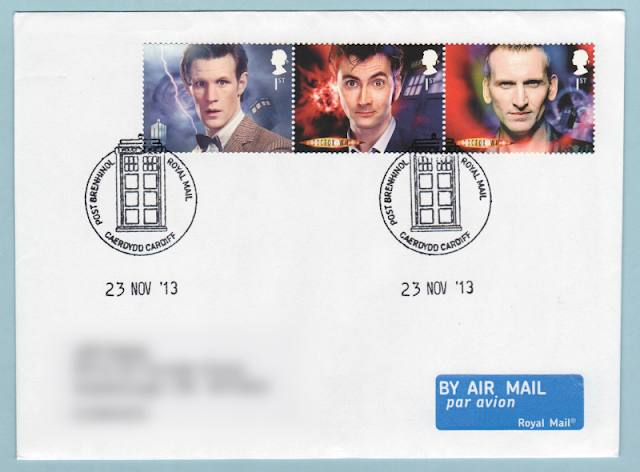 The first Estonian satellite, known as ESTCube-1, was launch into orbit on 7 May 2013. It was designed mainly by students from the University of Tartu over a period of 5 years. It takes images and radios them back to Earth but the Satellite also serves a scientific purpose.  It is outfitted with a solar sail that can be deployed to affect the satellites speed. 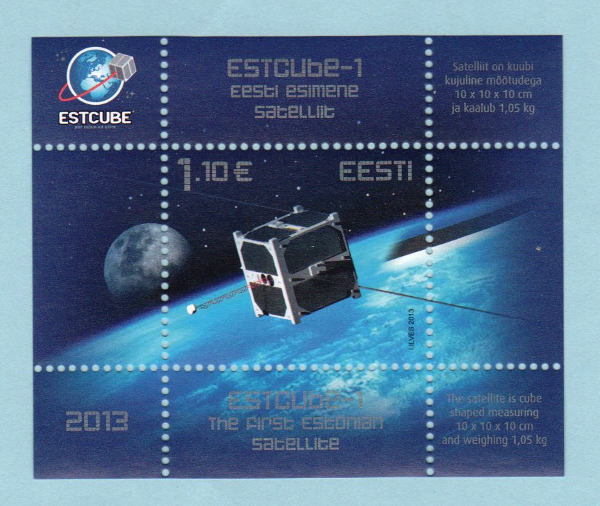 This satellite is a nanosatellite and was designed following the CubeSat standard which basically says the satellite has to have a volume of no more than a litre and can weight no more than 1.33 kgs. Several of these cubic nanosatellites can be placed into orbit during a single launch mission making it incredibly cost effective.

The Mawsons Hut's Foundation have created a replica of Mawson's Huts on the harbour front in Hobart, Australia. It was officially opened to tourists on December 2, 2013. Australia Post made this special postmark to commemorate the occasion. 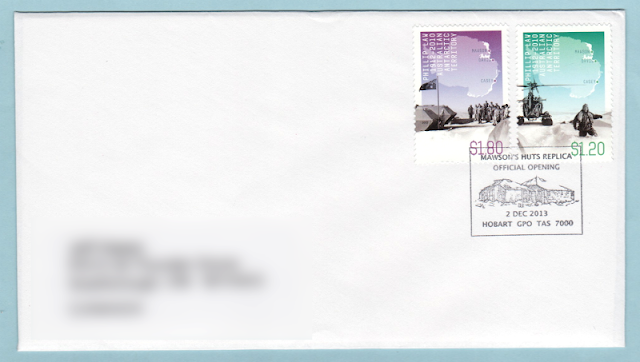 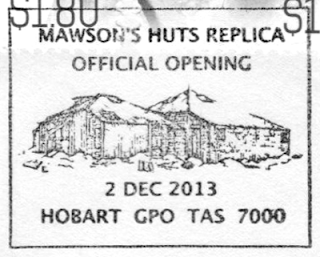 Mawson's Huts are a collection of buildings used by the Australian Antarctic Expedition of 1911-14, located at Cape Denison on Commonwealth Bay. For years now, work has been on-going to restore and maintain the huts which are seen as an important part of Australia's Antarctic heritage.
Posted by Jeff at 8:58 PM No comments:

Port Lockroy was a British Antarctic research station up until 1962. It was renovated in 1996 by the United Kingdom Antarctic Heritage Trust and turned into a museum. They also maintain a post office at the base, and a gift shop. Port Lockroy is one of the most touristed sites in the Antarctic. 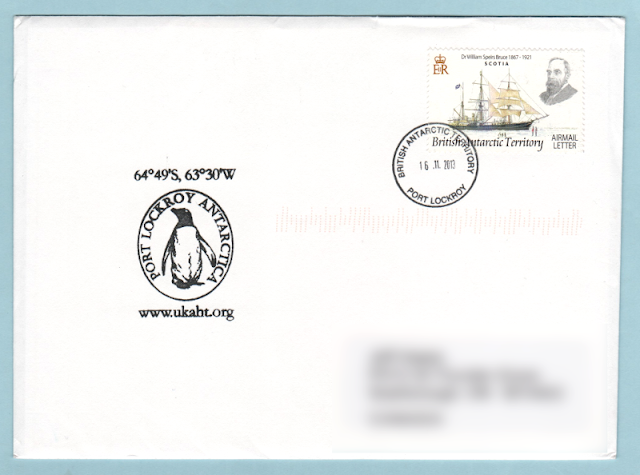 A commemorative postmark was produced to mark the the 50th anniversary of Doctor Who: the longest running science fiction television series. The BBC broadcast the first episode of Doctor Who on 23 November, 1963. 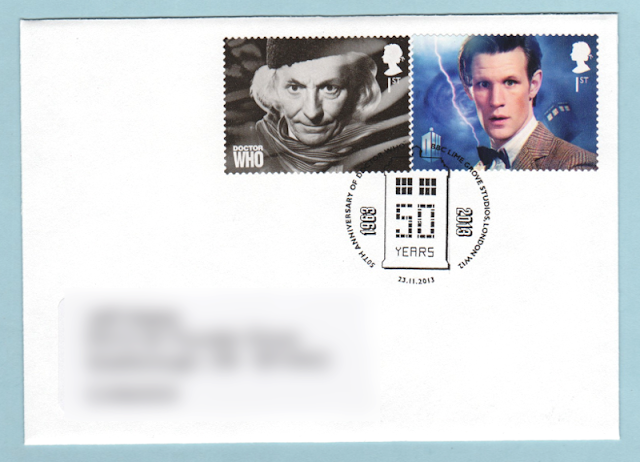 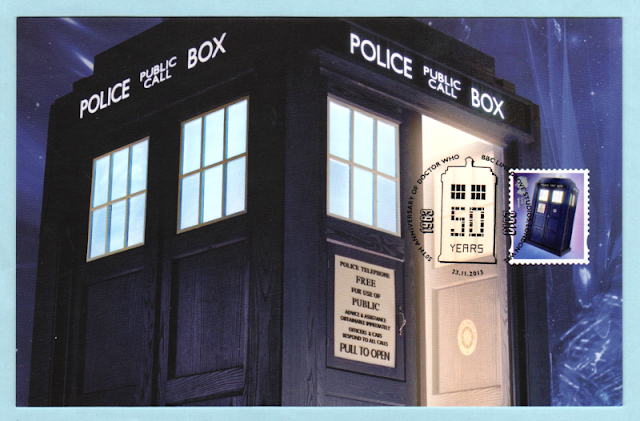 Posted aboard the Marion Dufresne during its third rotation of the year and mailed back to me from Port aux Francais, Kerguelen. Details regarding the third rotation are here. 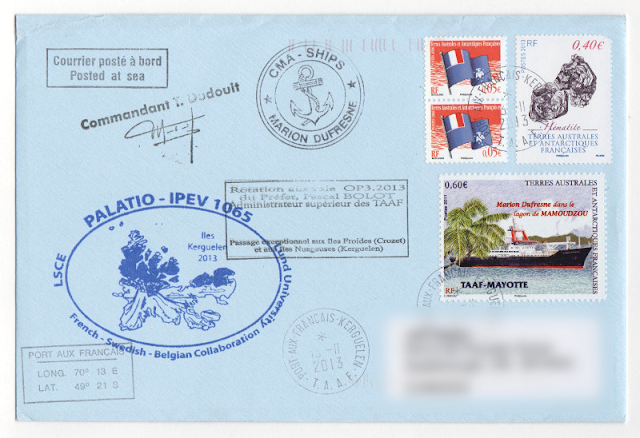 The Philatelic Society of Pittsburgh held their annual stamp show Pittpex this year on the 2nd and 3rd of November. A special postmark was produced for the show this year to commemorate the Battle of Lake Erie. It's hard to make out but there is a cannonball shooting from the cannon, just under the bow of the boat on the Lake Erie stamp. 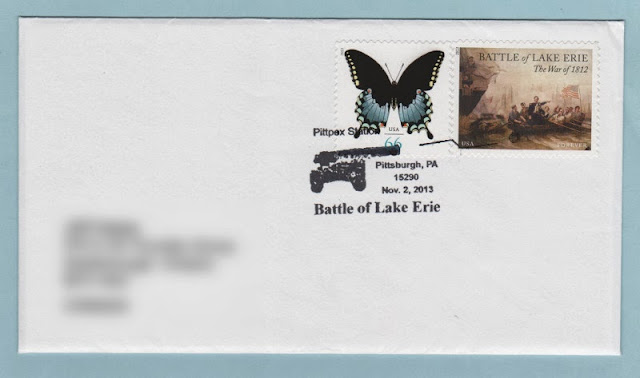 A neat cover from Turin, Italy with a pair of stamps from the series "Made in Italy", this year featuring goldsmith arts. And a stamp with a scene of Giglio Island (Isola del Giglio) on it, from the 2009 Tourism series. 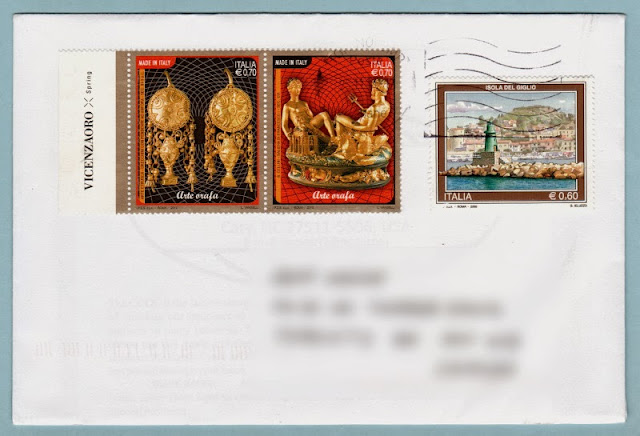