This is an Israeli FDC for a stamp that commemorates Israel-Canada relations. It was a joint issue with Canada Post, issued in April 2010. The "make-up" value stamp on the left commemorates the 50th anniversary of the Koren Jerusalem Bible. The bible was published in 1962 by Koren Publishers Jerusalem and it was the first Hebrew bible to be completely published and produced by Jews in almost 500 years. 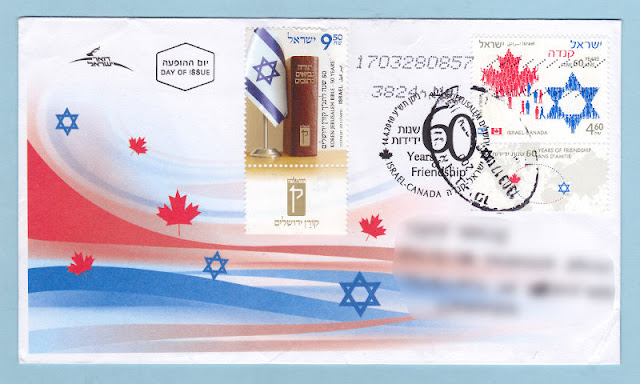 Interesting how the hand-stamped postmark was added to the older stamps that was already cancelled, instead of the newer stamp on the left. I have a joint issue FDC for the Israel-Canada stamp, with both Canadian and Israeli stamps on it. It uses the same Israeli postmark. 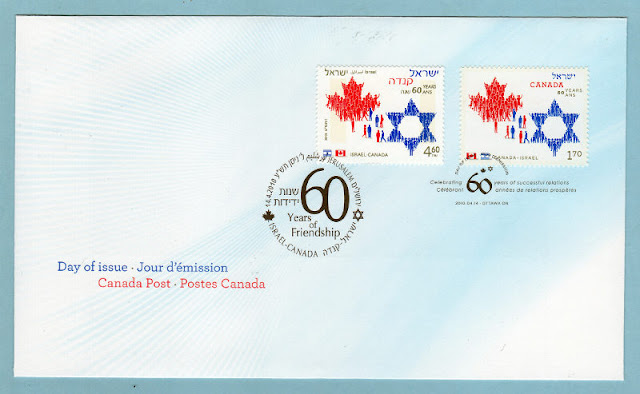 The stamps on this cover, from left to right: 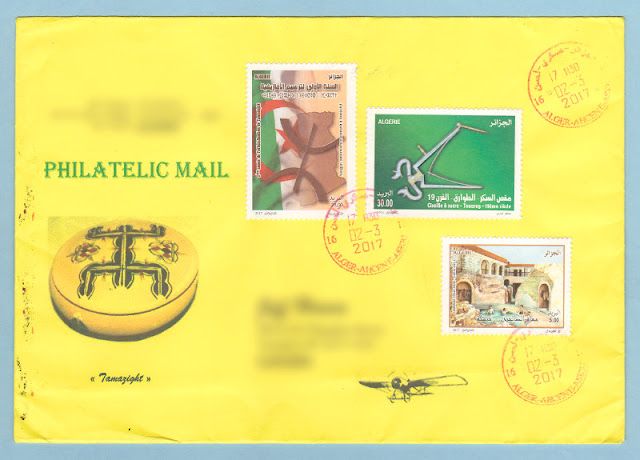 A pair of stamps from a sheet that commemorates the 100th anniversary of Schiphol airport. It first opened on 16 September 1916 as a military airbase. Today it is the third busiest passenger airport in Europe. 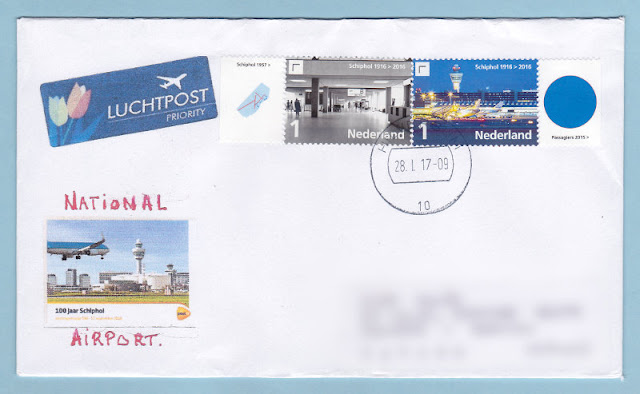