The spray-on slogan cancel is hard to make out but it does appear to be from the Warrington Mail Centre. The slogan is "supporting youth mental health with action for children".  The dark Agatha Christie stamp makes that nearly impossible to see. Action for Children is a UK youth charity group that helps vulnerable and neglected children. 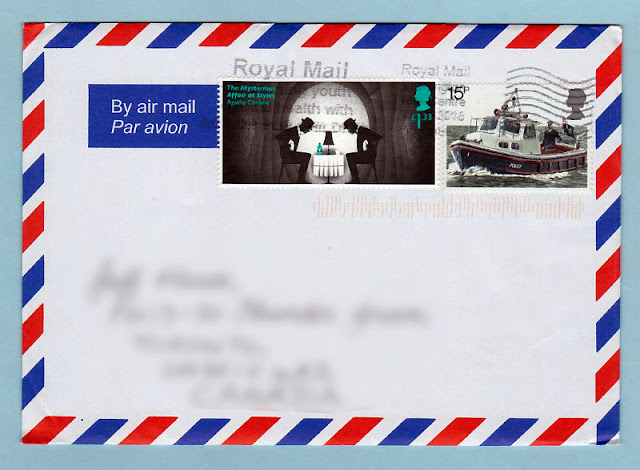 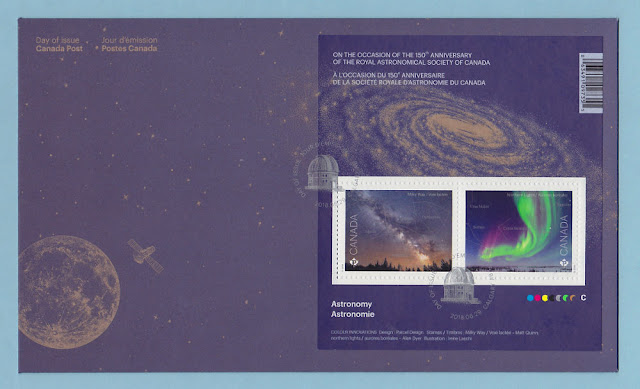 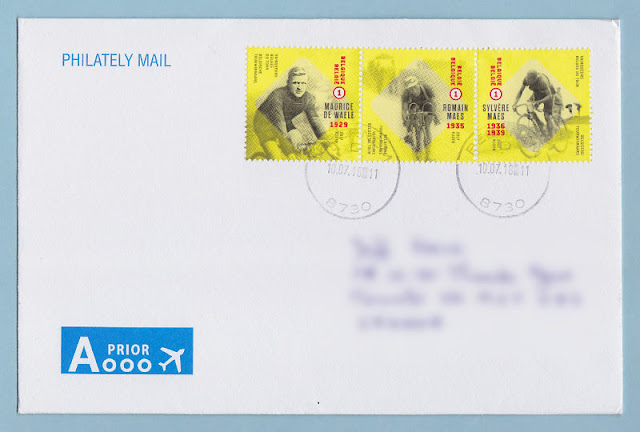 Dawson City in Canada's Yukon Territory. I think the image on the postmark is a dancing girl: something you'd see in one of the towns saloons during the gold rush. Dawson City was at the center of the Klondike Gold Rush at the end of the 19th century and for a few years during the height of the gold rush the town's population swelled to 40,000. Hence the "city" designation. Today it's population is just over 1300 and actually has a "town" designation, but it's still called Dawson City. 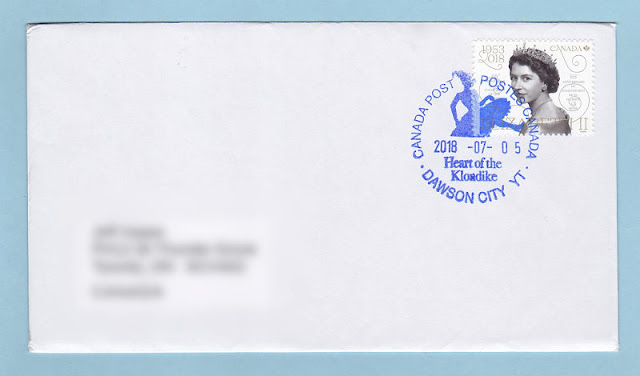 On Deception Island in the South Shetland Islands, sent in the fall of 2017, postmarked in Jan 2018 and received this month. I believe it also serves as a base for the Spanish Army and is managed in cooperation with the Spanish Polar Committee. The stamp was issued in January 2017 and depicts the base. It is a seasonal base operated in the austral summer, housing about 30 individuals. 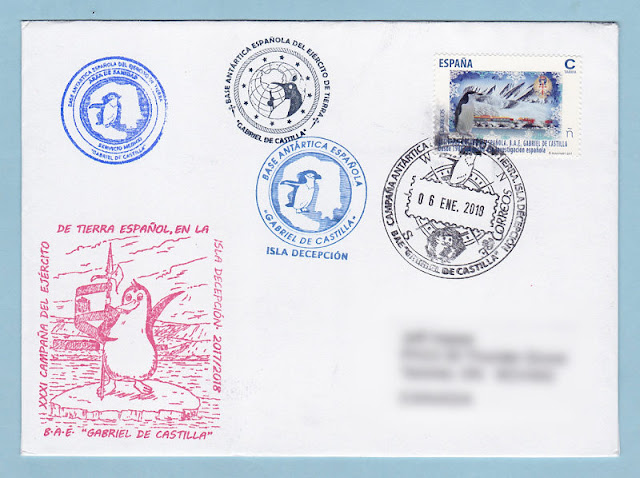 In 2012, the EU designated the Maltese capital of Valletta to be one of the 2018 European Capitals of Culture. Two cities are chosen each year with the goal being to boost cultural development within those cities. The stamp on the left is from a series of stamps that recognizes Valletta as a European Capital of Culture, designed by artist Joseph Pulo. 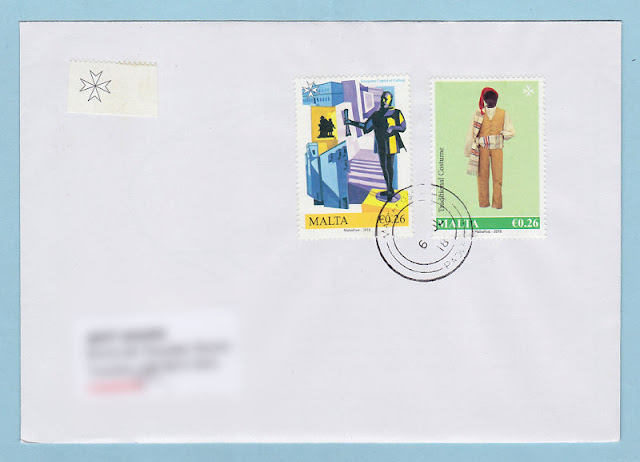 The stamp on the right is from a set that shows traditional Maltese costumes. On this stamp is the clothing of someone traditionally engaged in farming.

From the Alger suburb of Oued Koriche. The stamps show Algerian heritage sites. Clockwise from the top left: 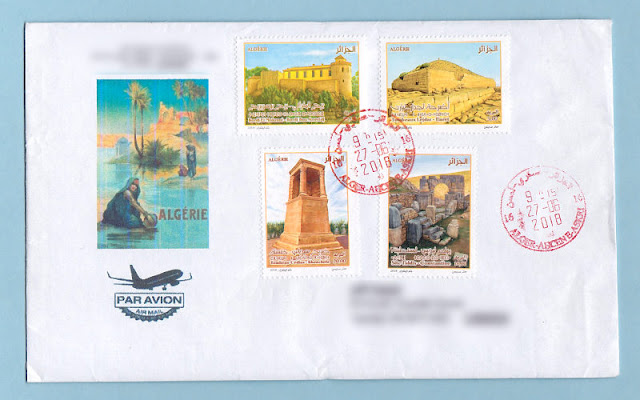 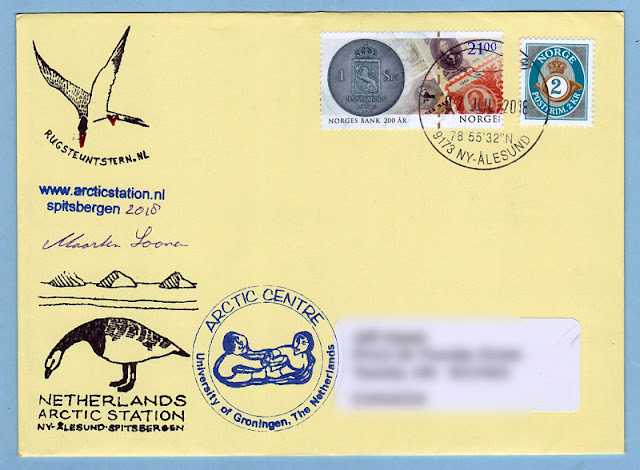 From the borough of Viimsi, northeast of Tallinn. The block of stamps is from 2006. It is Estonia's 2006 Europa stamp commemorating the 50th anniversary of the first Europa stamp. 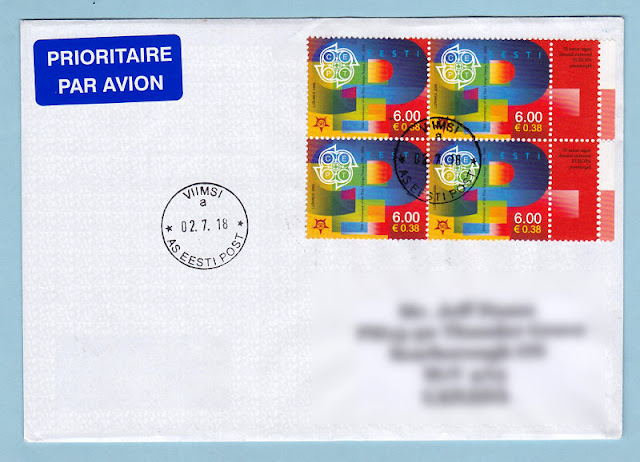 The village of Haines Junction is located in the southwest corner of the Yukon, on the eastern edge of the Kluane National Park and Reserve. The parks is filled with mountains and glaciers and I think that's what is suppose to be pictured in the foreground of this postmark: a glacier or icefield. Hard to tell. 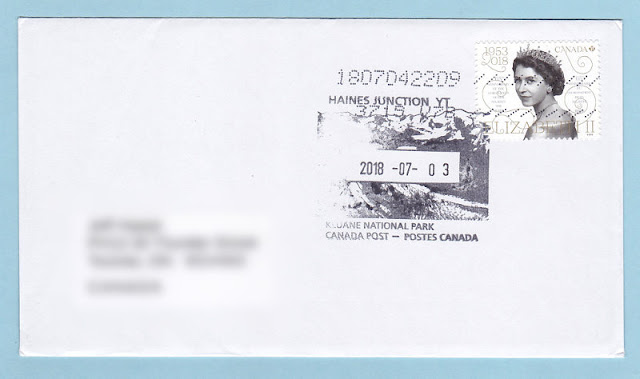 Designed to study the interior of Mars. Launched on 5 May 2018 and scheduled to arrive on 26 November. A nice big well-applied postmark. 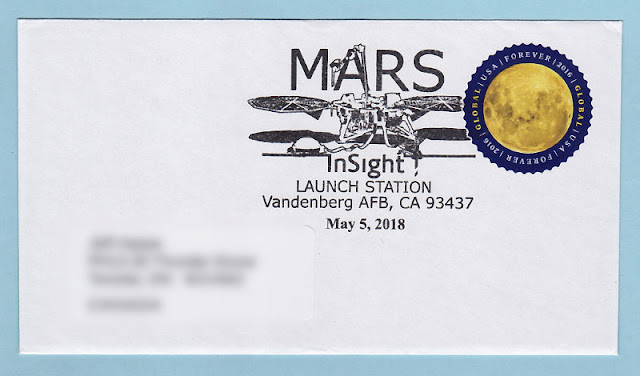 Sally ride was the first US woman in space. She rode aboard the shuttle Challenger during STS-7 in 1983 and again during STS-41-G in 1984.  This stamp was issued on 23 May. The first day postmark location was La Jolla in San Diego, CA : her home and place of death in 2012. 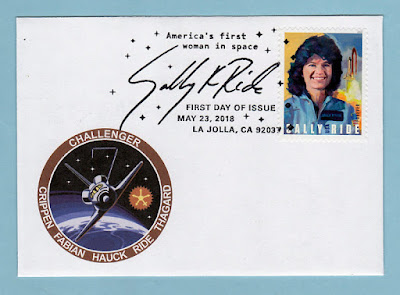 I sent this envelope out for the FDC postmark along with a pair of postcards for maximum cards. The postmark on one card was double struck and smudged. The other card received s beautiful postmark but it was placed poorly. That was my fault. Thankfully this small envelope FDC turned out ok. Not a total loss.
Posted by Jeff at 3:17 PM No comments:

From the Canadian city of Stratford, Ontario. Stratford was named after Stratford-upon-Avon in England. The Canadian Stratford is even on a river that was named Avon. The swan is a symbol of the city, hence the postmark. It's also home to the Stratford Festival: an annual theatre festival that runs from spring to fall. It's known mostly for doing Shakespeare, although they do much more. 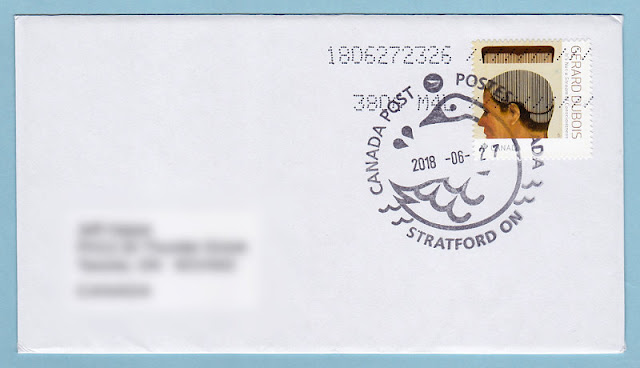