Macquarie Island used to have a rabbit problem. Seal hunters brought the rabbits there in the 1800's and they were left to multiply for decades. They would eat the grasses that grew on the island resulting in soil erosion that caused minor landslides. They had a devastating impact on the isolated Macquarie Island ecosystem. 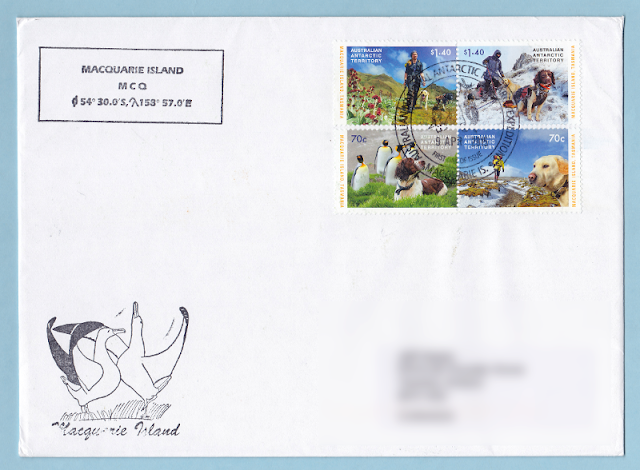 In 2010, a program was started to rid the island of the rabbits. Most were culled using poison dropped by helicopters. To ensure all the rabbits had been killed, a team of trained dogs were led around the island to find any survivors. They found only 13 and in 2014 the island was declared rabbit free. 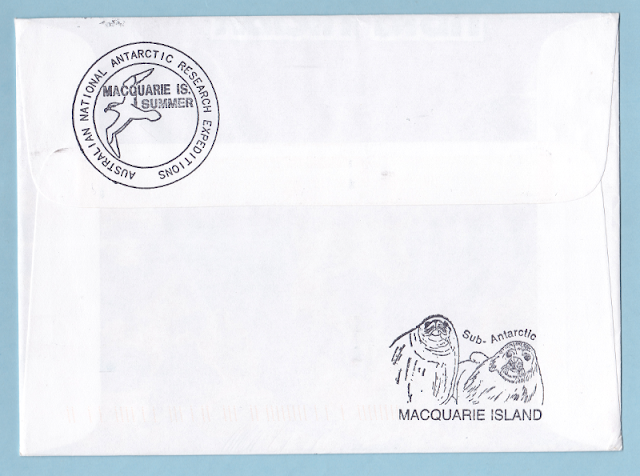 Macquarie island is half way between Australia and Antarctica and is considered sub-antarctic. The Australian Antarctic Division manages a research base on the island that was first opened by Douglas Mawson in 1911. 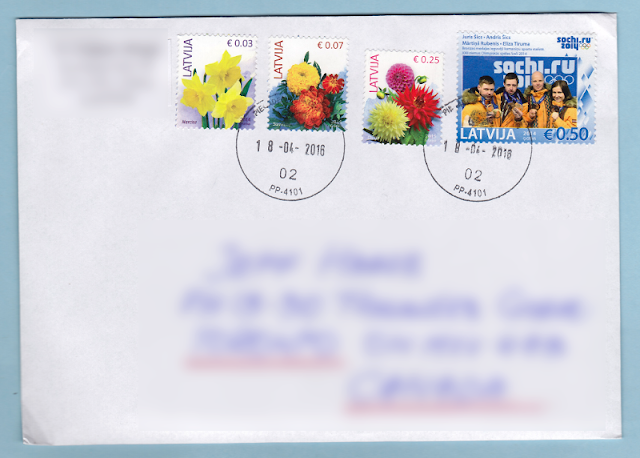 Postcrossing stamps from Moscow with a first day postmark. 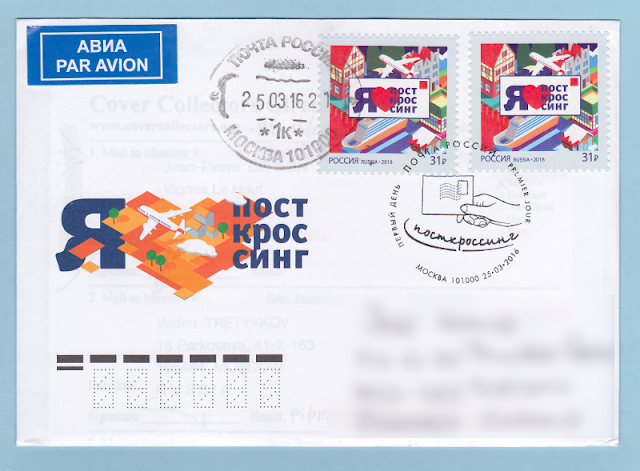 Australia's Mawson research station, named after explorer Douglas Mawson, is the oldest continuously operated research station below the Antarctic circle. The postmark date is 20 Feb 2016 and after looking at the AAD shipping schedule I see that this was the day the Aurora Australis arrived to resupply the base. The only time the station is accessible by sea is during February and March. 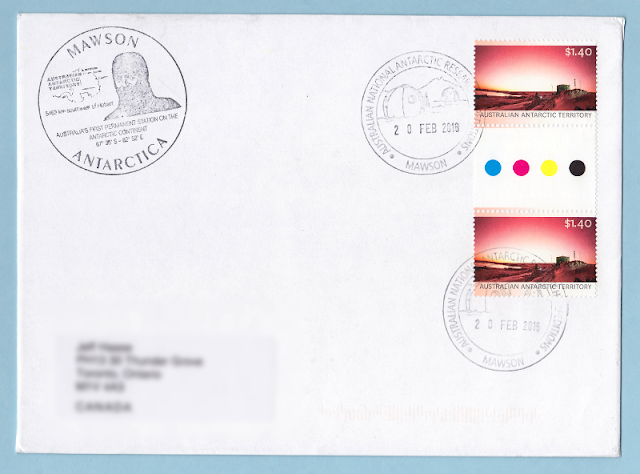 Brazil, Sports of the 2016 Olympic Games

A strip of stamps from a sheet from Brazil commemorating the games of the upcoming 2016 Summer Olympics in Rio. 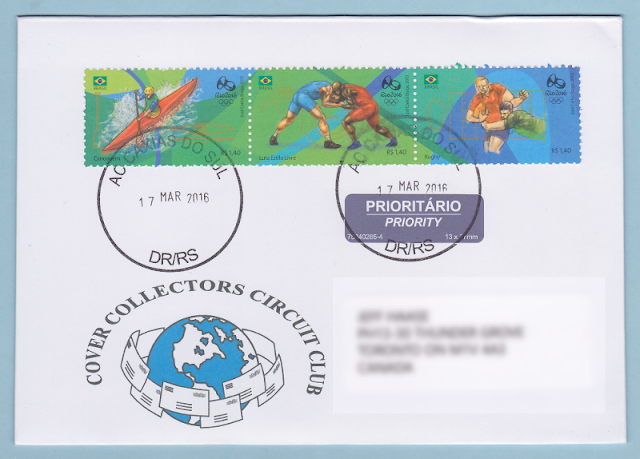 The Norwegian Island of Jan Mayen has an updated postmark. This was sent to me from the Norway Post philatelic bureau. 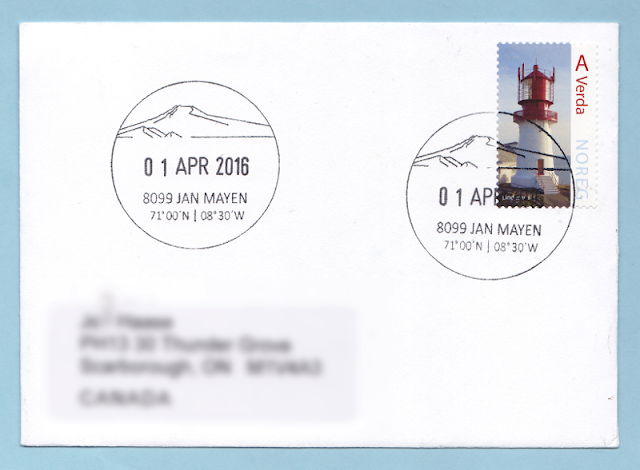