Sir John Frankin led an expedition into the Arctic in 1845 in an attempt to discover the northwest passage. The expedition used two ships: HMS Erebus and HMS Terror. The ships became ice bound and 130 members of the expedition died while trekking south towards civilization (or anything, really) over land and ice. The final location of the ships was a mystery until 2014 which the wreck of the Erebus was discovered by Parks Canada.

To commemorate the discovery, Canada Post issued a pair of domestic rates stamps (Erebus lost) and an international rate stamp (Erebus found) on 7 August 2015. The embossing on the domestic rates stamps is quite heavy, giving the HMS Erebus stamp a nice 3D appearance: the waves appear in the foreground surrounding the ship. Of course, once stuck on an envelope, most of that 3D look will flatten out. 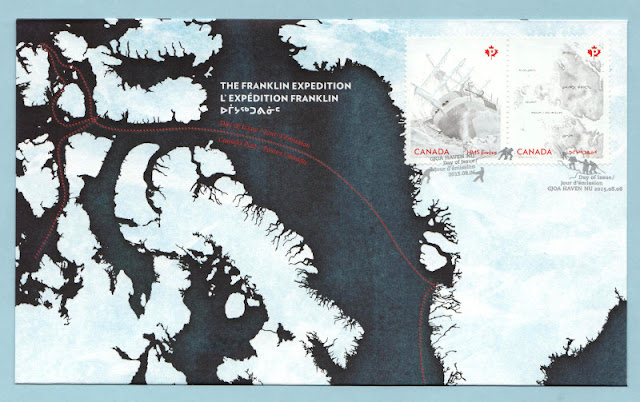 The souvenir sheet bares the international letter rate. On this stamp is a sonar image of the wreck lying in ocean off the coast of the Adelaide Peninsula. and on the right side of the stamp is an illustration of the deck of the HMS Erebus. 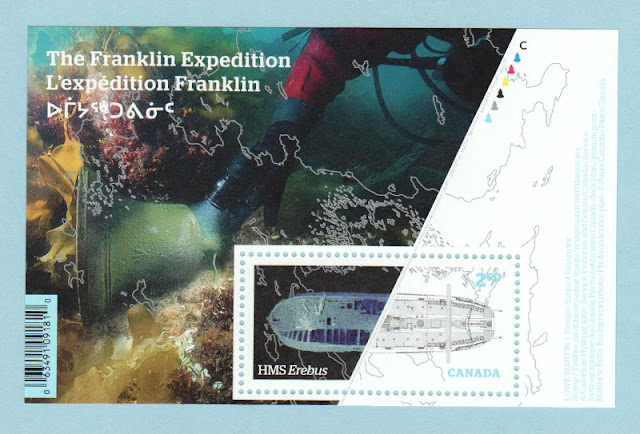 From the most northern post office in Canada. Eureka is a research station on Ellesmere island in the Canadian Arctic. 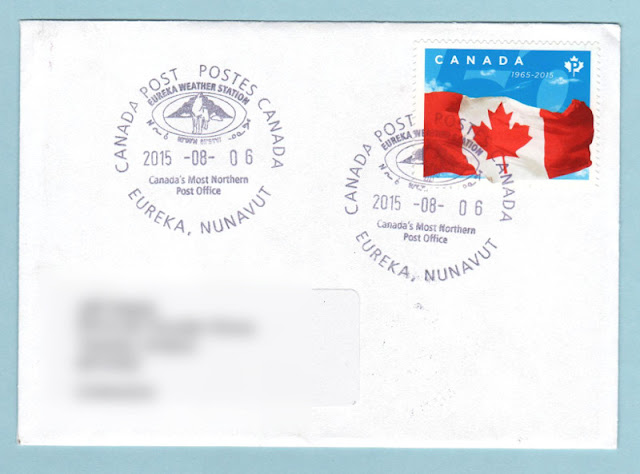 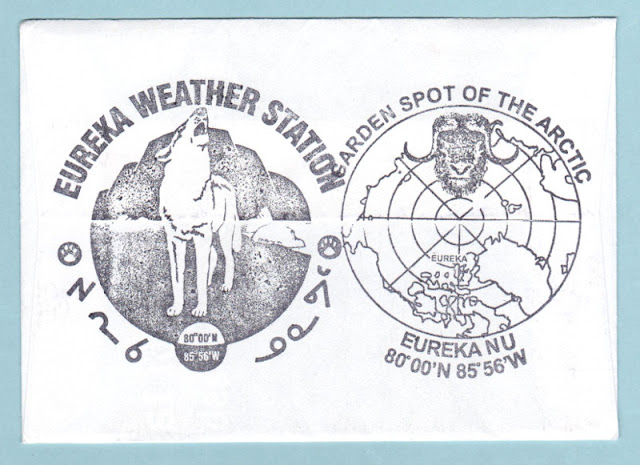 Google translate is a powerful tool. I like to figure out exactly where my mail comes from. Right down to the post office. On this cover from China it's right there in the postmark, but in Chinese. Fortunately Google translate lets you draw characters for it to translate. As you draw the characters, it provides a set of possible matches. Select the closest match and Google will translate it for you. 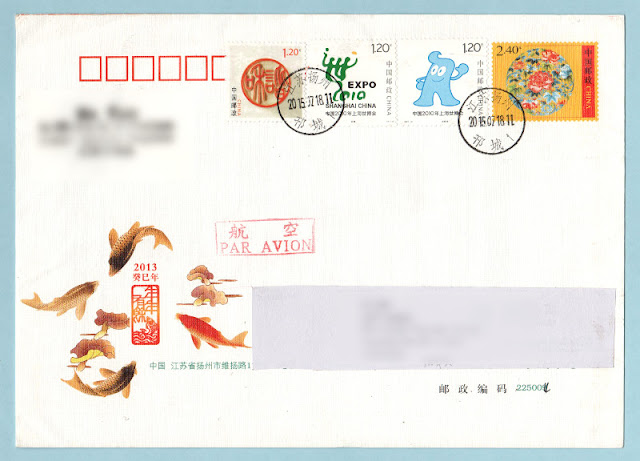 In this case, the four characters on the top of the postmark, 江苏 扬州, are Jiangsu Province, Yangzhou (Jiāngsū yángzhōu). The bottom characters, 邗城, translates as Han City (Hánchéng). If I then search for "邗城 post office", Google finds a post office in Yangzhou on Hanjiang Road. That must be the post office this was mailed from.
Posted by Jeff at 8:01 PM No comments:

Nieuwegein is a relatively new planned municipality built to house the overflow the city of Utrecht to the north. The stamps are from a 2013 sheet commemorating "traditional costumes" from Northwest Veluwe, specifically "knipmuts" which are a traditional Dutch headdress. 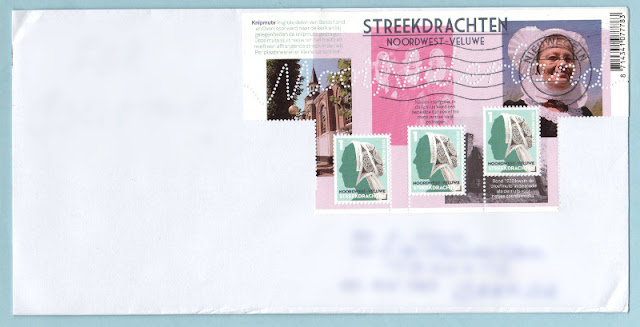 Cândido Mariano da Silva Rondon (1865 to 1958) was a Brazilian explorer and supporter of Brazil's indigenous peoples. The state of Rondônia is named after him. As an army engineer he was tasked with constructing telegraph lines across remote regions of the country. In total he was responsible for establishing some 4000 km of telegraph lines throughout the Brazilian jungle. As a result, he became quite an explorer, discovering new rivers and previously undiscovered tribes. He cared deeply for the fate of the indigenous people and was named the first director of Brazil's Indian Protection Bureau. He achieved the highest military rank. A true Brazilian hero. 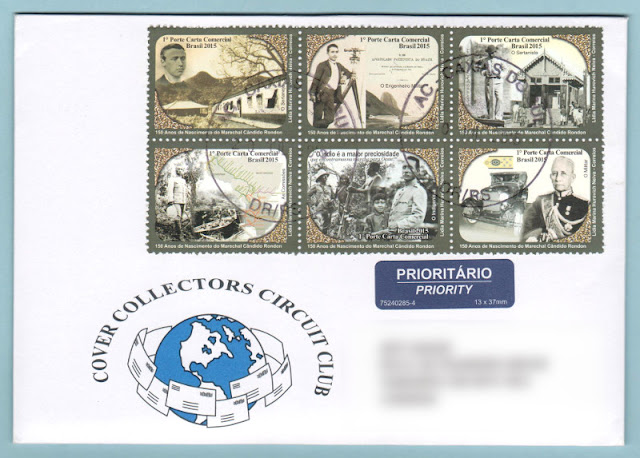 Postmarked at the Auchan supermarket in Soroksár : a south-eastern district of Budapest. The stamp commemorates the 100th anniversary of the Emmerich Kálmán operetta "The Gypsy Princess" 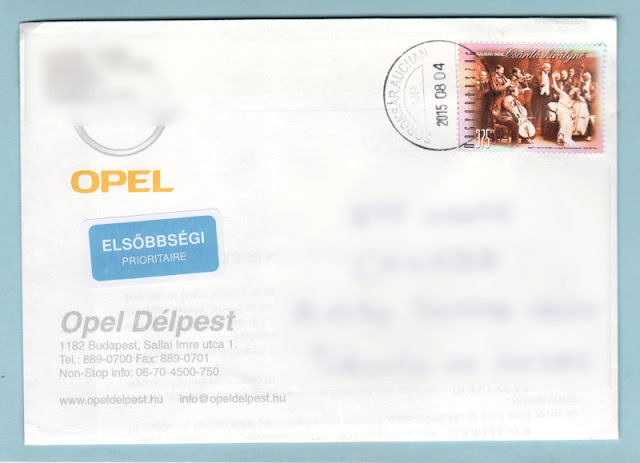