From the Czech town of Třebechovice pod Orebem. The stamp on the right is an old paddle steamer: the Vltava. At first I thought the engraved stamps next to it was an older stamp but it's not that old. 2012. It is an image of the Baťa Canal. I wish more stamps were made this way. 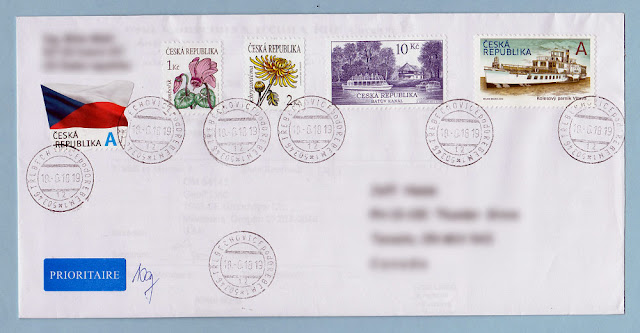 Mackerel and herring stamps from Greenland. Their contribution to the Norden 2018 joint issue. 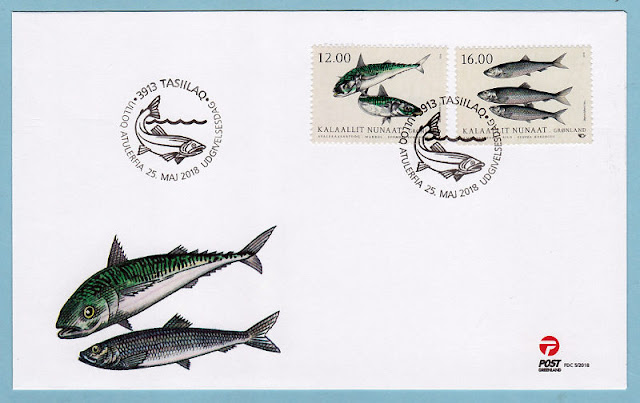 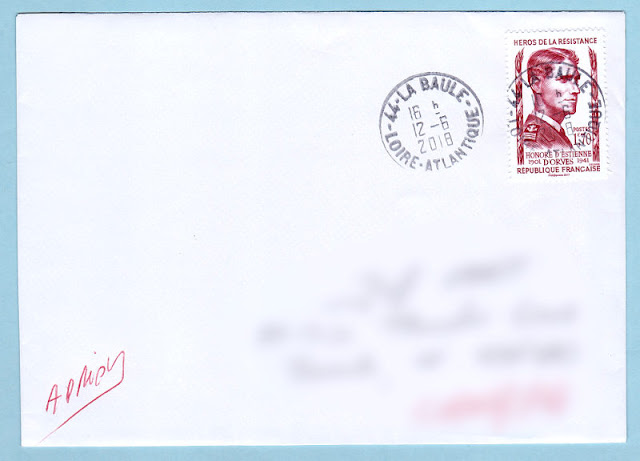 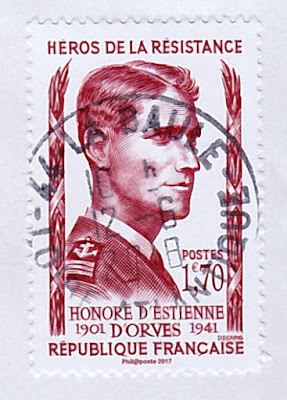 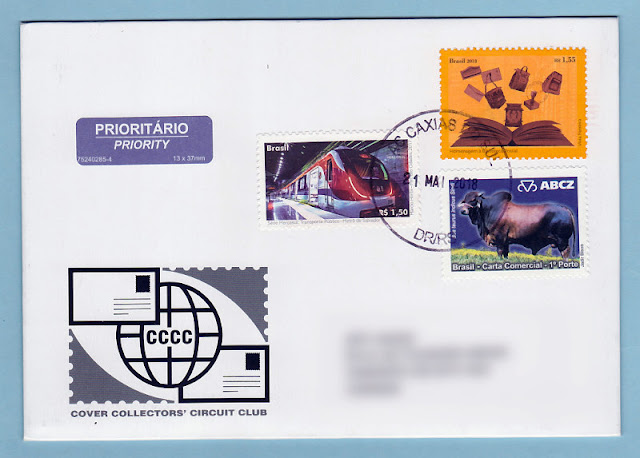 I came across this website the other day: http://www.antarcticfoundation.cz/en/postcard/. The Czech Republic, specifically Masaryk University, operate a small research base off the coast of the Antarctic Peninsula on James Ross Island. The base is the Gregor Johann Mendel Polar Station and can house up to 20 during the summer. To generate a bit of income, or perhaps just to promote the base, they offer postcards for sale with an option to have them mailed from the base. Unfortunately they only accept payment through bank transfer. 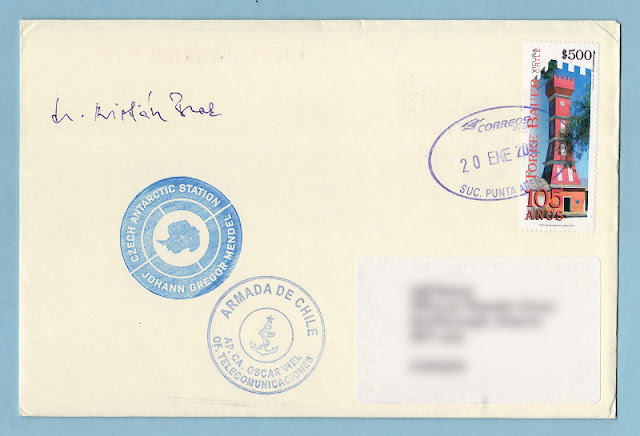 Almost seven years ago I contacted someone at the University who was involved with research at the base and I asked if he could send something back to me during his next expedition. He was happy to accommodate my strange request. I had to supply two covers: one with Chilean stamps and another with Argentine. Sometimes they had contact with the Argentine base Marambio, but usually it was the Chilean navy. Both covers came back trough Chile but only the Chilean cover (this one) had a postmark. I had forgotten about this cover until I saw that website with the postcards.

I think if someone were to send a cover with Czech postage on it to the Czech Antarctic Foundation, they might be willing to send it back with the base stamp on it. But I`m not sure if they would be willing to carry it down to the Antarctic. Not if they`re selling postcards mailed from the base. I might have gotten lucky with my request.
Posted by Jeff at 11:33 PM 2 comments: