The first-day postmark was applied at the Gwanghwamun (굉학문) post office. Gwanghwamun is the main gate of Gyeongbokgung Palace, in the Jongno-gu district of Seoul

Plovdiv: The second largest city in Bulgaria. I can just barely make out the "4004" on the postmark. This year's Europa theme is castles and the castle on this stamp is Asen’s Fortress. It's a very old fortress, mostly in ruins now, in the mountains just a few kilometres south of Plovdiv. 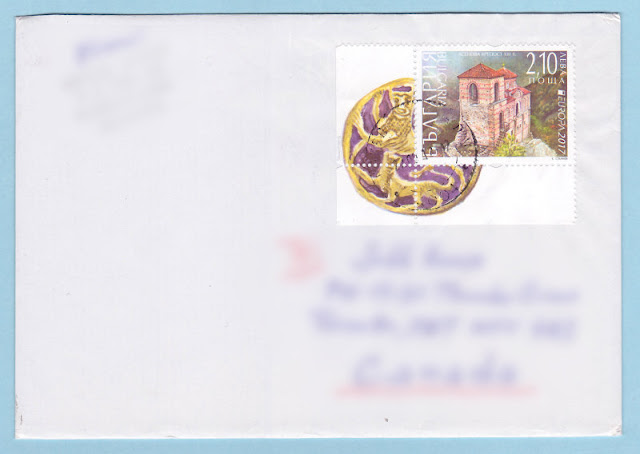 The first Australian Satellite, WRESAT, was launched almost 50 years ago on 29 November 1967. 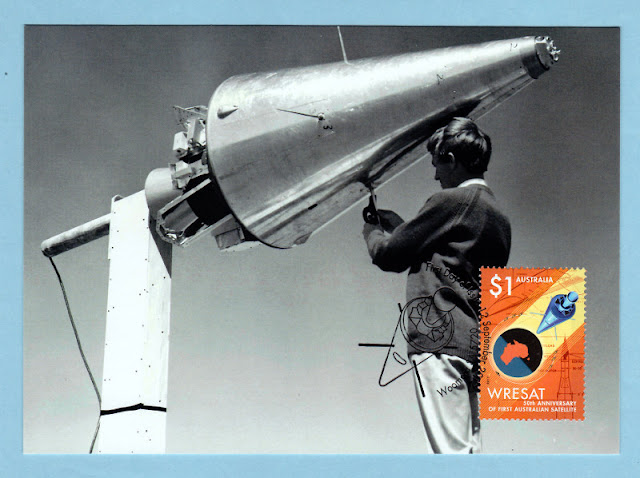 This apple stamp from Sweden was postmarked in Malmö. I visited Malmö earlier this year while staying in Copenhagen. It was only 40 minutes by train over the Øresund bridge: 8km above the water and 4km through a tunnel beneath it. I had a good time in Malmö. 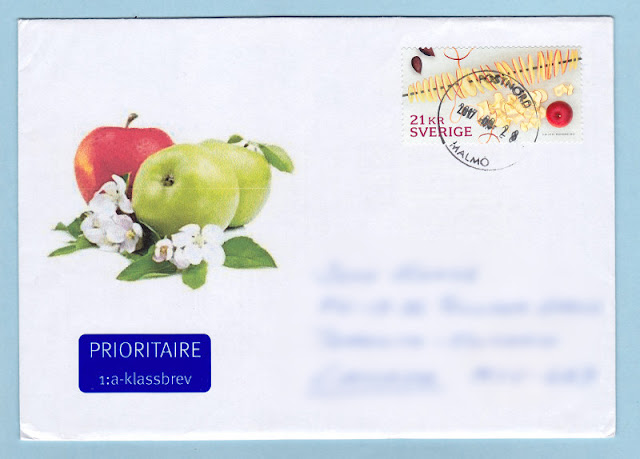 This is an FDC from Spain, for a stamp issued earlier in 2017 commemorating the Spanish Antarctic research station Gabriel de Castilla. The base sits on Deception Island, at the end of the Antarctic peninsula, and has been in operation since 1990. 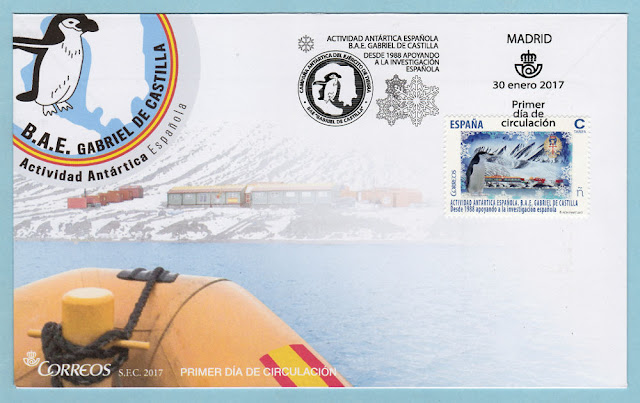 I also acquired some other interesting Spanish stamp sheets from Correos. The Star Wars sheet below is lenticular and gives the appearance of a 3D image. The technology is nothing new and as far as I know there is no connection between Spain and the Star Wars franchises but I'm a Star Wars fan and it looked interesting. 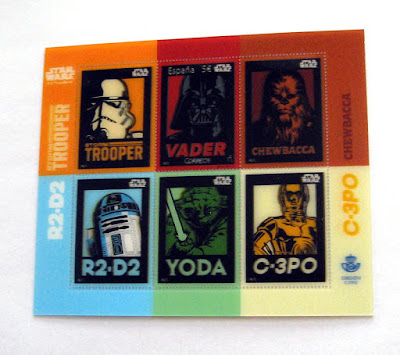 And this other sheet commemorates La Abadía del Crimen (The Abby of Crime): a Spanish 8 bit home-computer video game that was released in 1987. On closer inspection I discovered that in each stamp on the sheet is an area covered by thermal ink so when you place your finger on them, they "disappear" to reveal an artifact from the game. I tried to reveal the items on the lower right pair of stamps but I wasn't quite quick enough with the scanner. 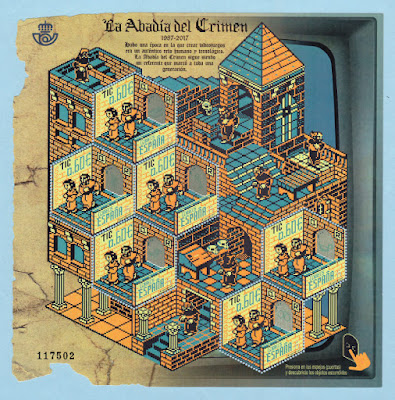 A pair of stamps from from the Netherlands from a recent sheet featuring Dutch breeds of chickens. The chickens on these stamps are Twents Hoen (aka Kraienkopp). 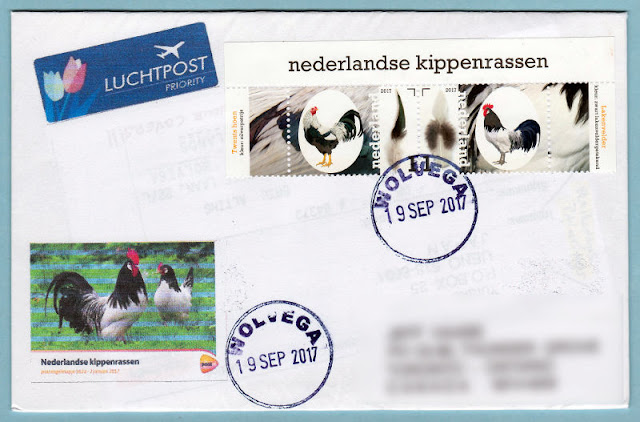 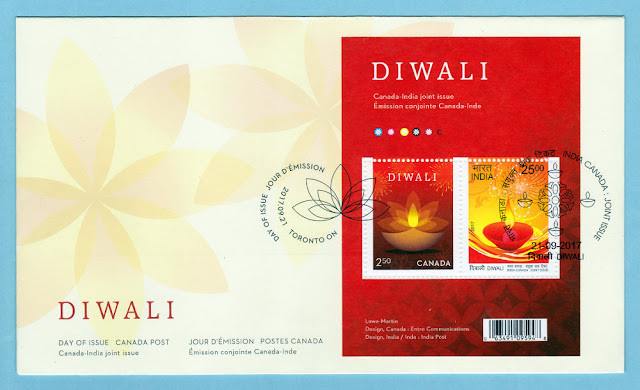