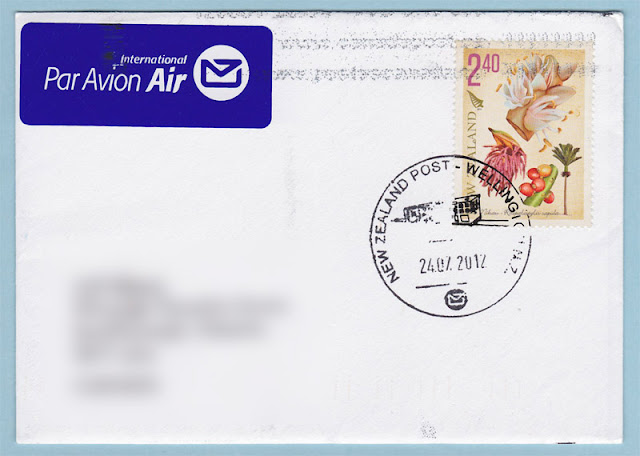 Bjørnøya or Bear Island is the southern most island in the Svalbard archipelago. It's about half way between the Norway mainland and Spitsbergen, the main island of the Svalbard island group. In 2002 the entire island was declared a nature reserve and the only people living on the island are the personnel who operate the  weather station. 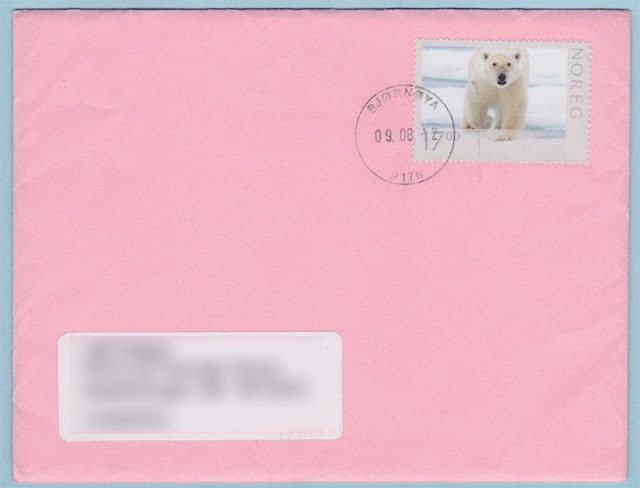 At one time the post office at the weather station was using a pictorial postmark with an image of an arctic loon on it.
Posted by Jeff at 5:14 PM No comments:

Komodo National Park encompasses an area of over 1800 sq-km and includes the islands of Komodo, Rinca and Padar. It protects the habitat of the komodo dragon and is also a UNESCO world heritage site. Thanks Irene. 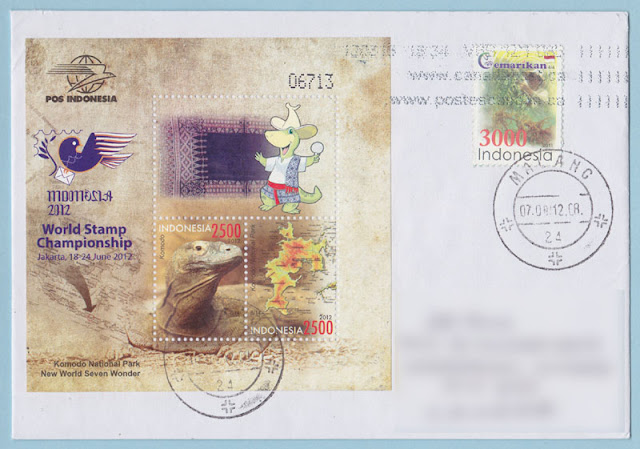 Whanganui is a city near the mouth of the Whanganui river on the south shore of New Zealand's North Island. New Zealand post has their "Collectibles and Solutions" center there, where they fulfill orders and carry out other philatelic services. 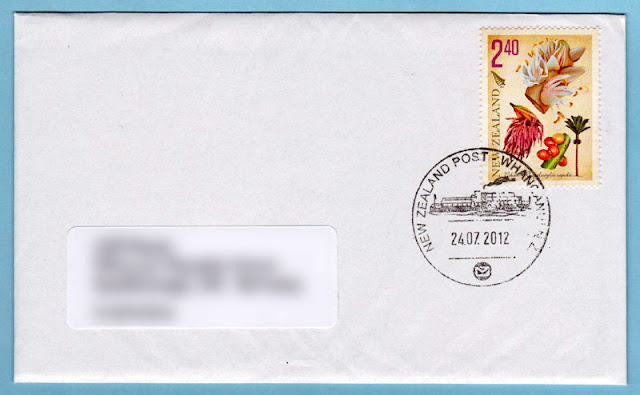 The postmark on this cover has an image of a steamship on it. At one time these were used on the Whanganui river for passenger and cargo transportation. The image on this postmark might be of the PS Waimarie: a restored paddle steamer that now offers tourist cruises on the Whanganui river.
Posted by Jeff at 12:04 PM No comments: 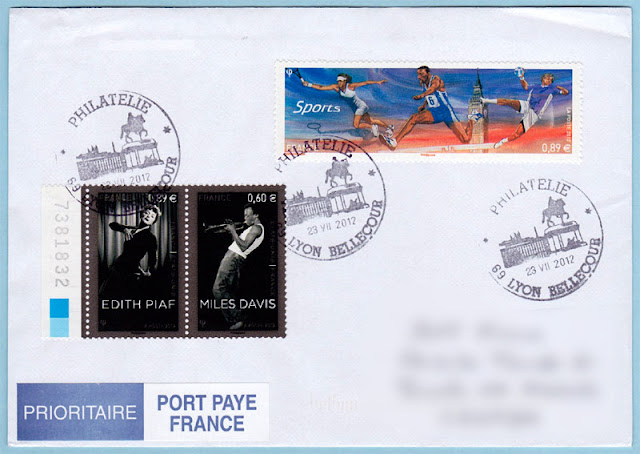 The French Olympic stamp without the Olympic logo (apparently a few stamp issuing nations followed this trend) and a pair of stamps featuring the legendary Edith Piaf and Miles Davis. Thanks Eric! 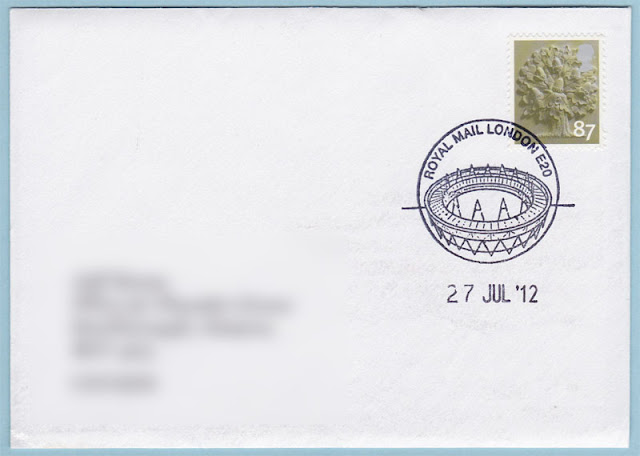 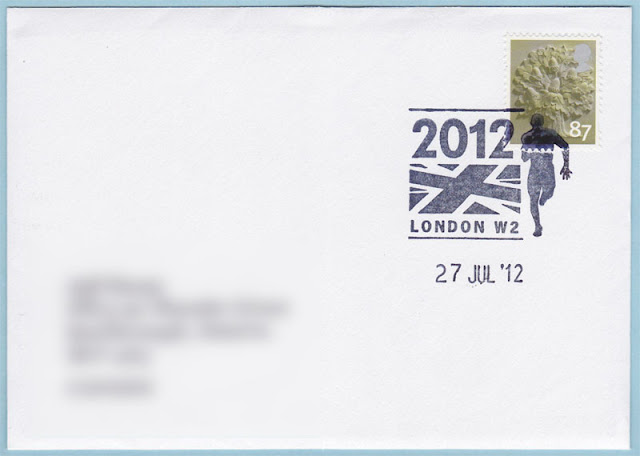