I saw in the news a while back that a post office in Windsor was scheduled for closure. The Olde Sandwich Towne post office on Sandwich Street in Windsor Ontario celebrated it's 100 year anniversary in 2005 which is fairly significant for a Canadian post office. Canada has only been a country for just shy of 146 years. The post office was closed last Friday: 26 April 2013. 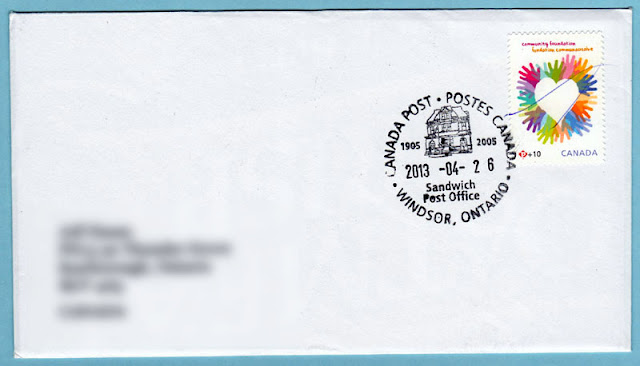 The old building (the one in the postmark) is being sold and the staff have been relocated. And residents of the area will have to find another somewhat more inconvenient, less attractive and no doubt, less historic place to provide them with postal services. 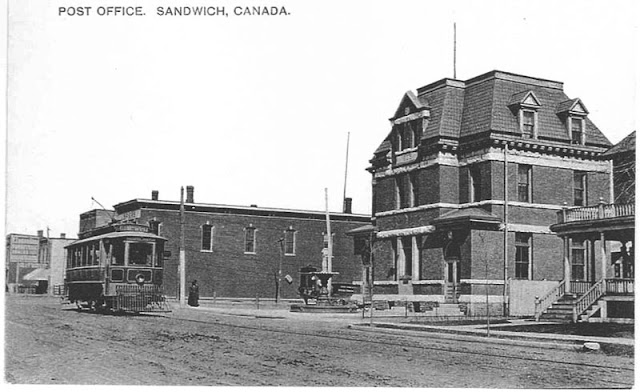 These are all postmarked with the Royal Mail FD postmarks. Some with the Tallents House postmark and some with the "alternate" Cardiff postmark. I particularly like the ones with the Cardiff postmark - the cyberman. They all turned out well I think. There were more stamps in the series but I decided to just stick to a few of my favorites. 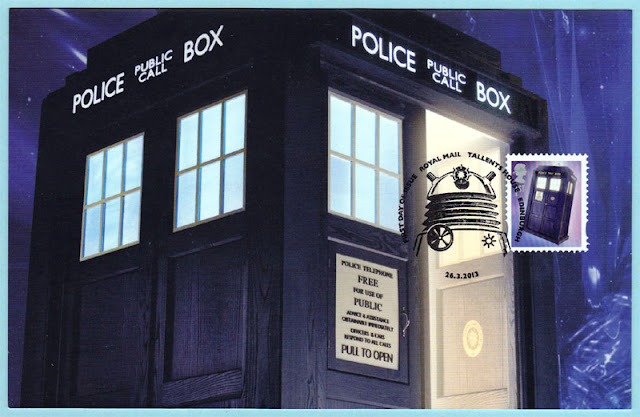 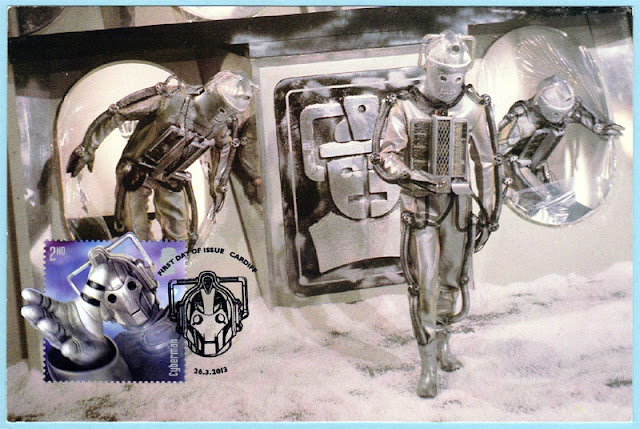 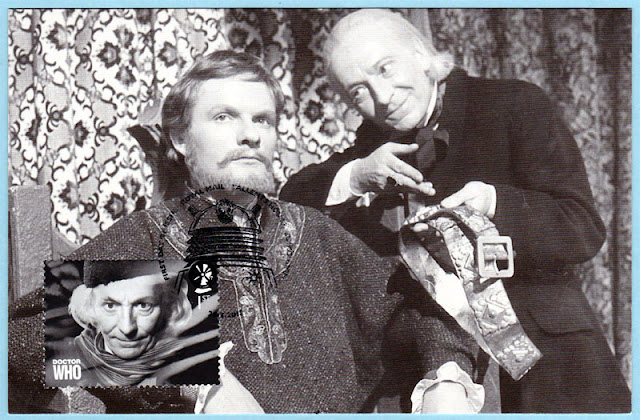 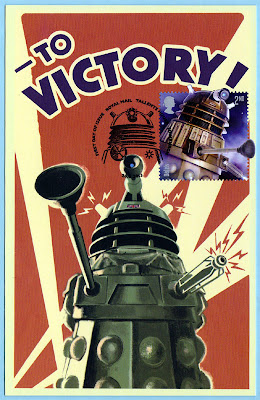 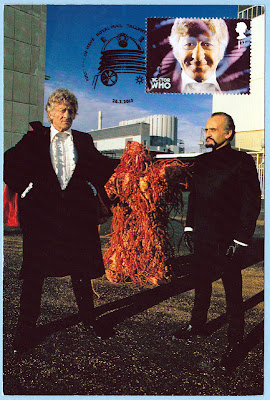 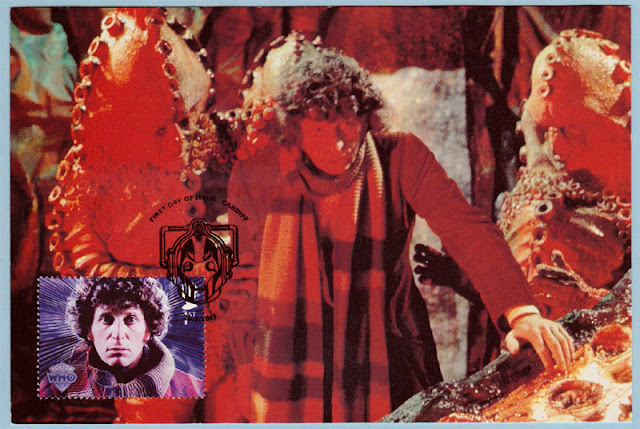 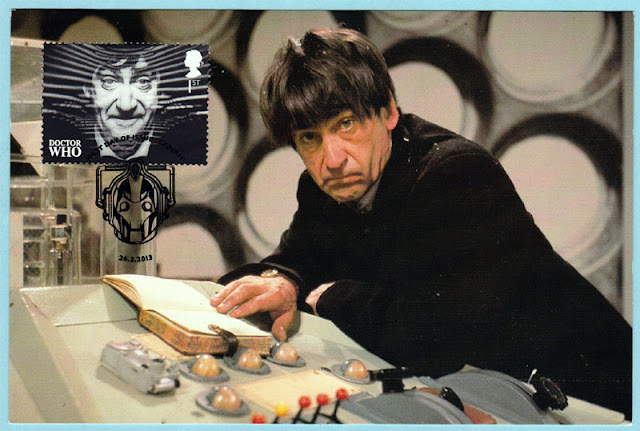 This cover has all the stamps from a retail booklet, cancelled with the official first day postmark. 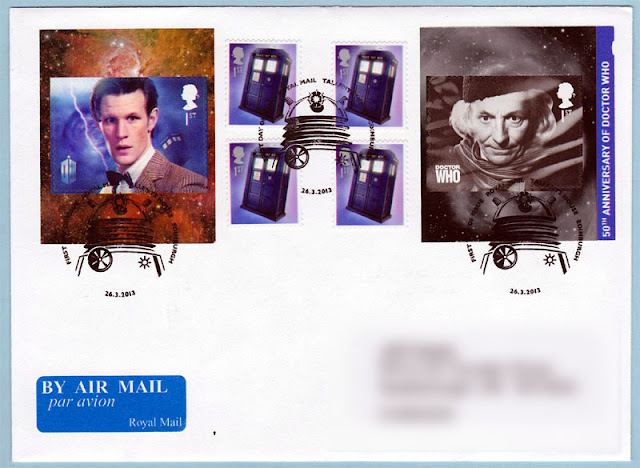 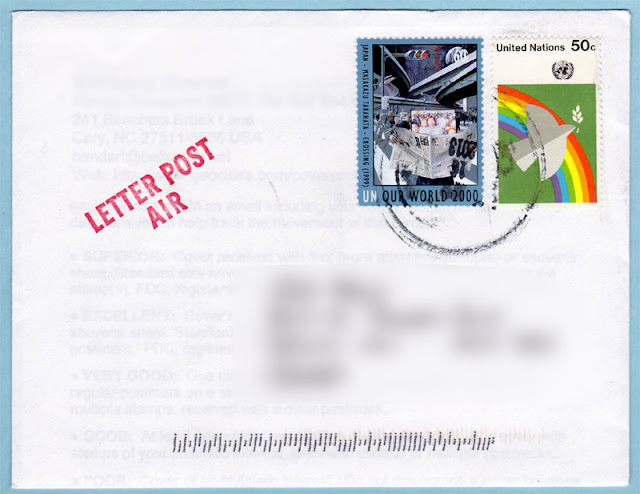 This came to me from the Dutch "Dirck Gerritz" lab currently located at the British Rothera Reseach Station on the Antarctic Peninsula on Adelaide Island. It is a small research center made up of four separate mobile lab modules. The Netherlands Organization for Scientific Research (NWO) officially opened the labs on 27 January 2013. 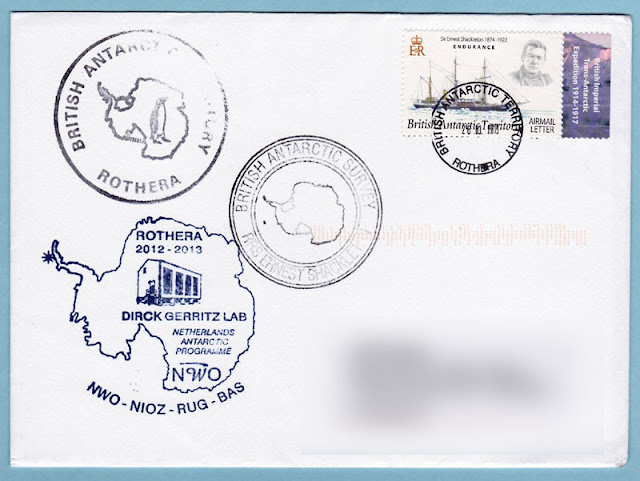 A couple of UK covers with Doctor Who stamps and Cardiff first-day postmarks. 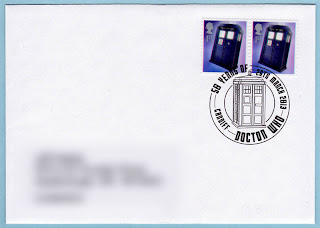 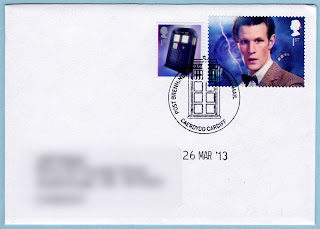 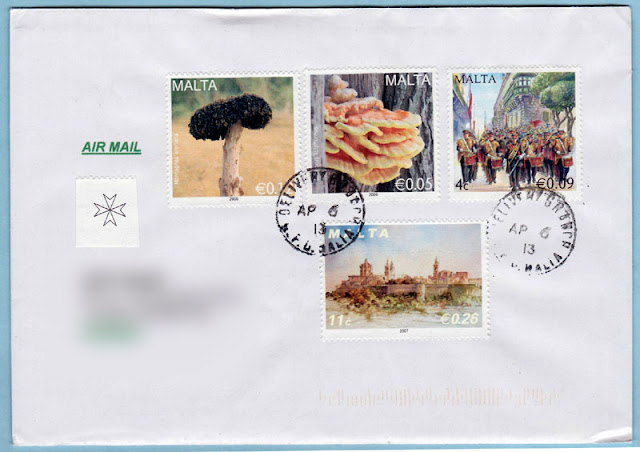 This was postmarked by the London Special Handstamp Center on 26 March 2013 - the first day of issue for the Doctor Who stamps. Both stamps are from the recent Royal Mail Doctor Who retail booklet. 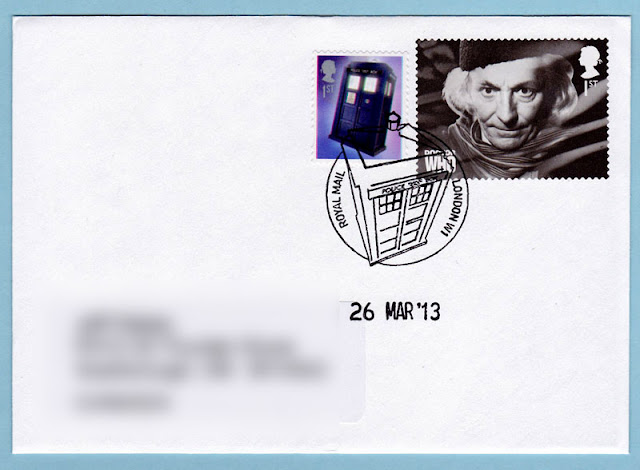 Although Doctor Who is currently produced by the BBC in Cardiff, the originally series was produced in London. So I thought it made sense to have a stamp with the first Doctor, William Hartnell, postmarked with the London W1 postmark.
Posted by Jeff at 1:09 AM No comments:

Beernem is a town in North-West Beligum, not too far away from Brugge. 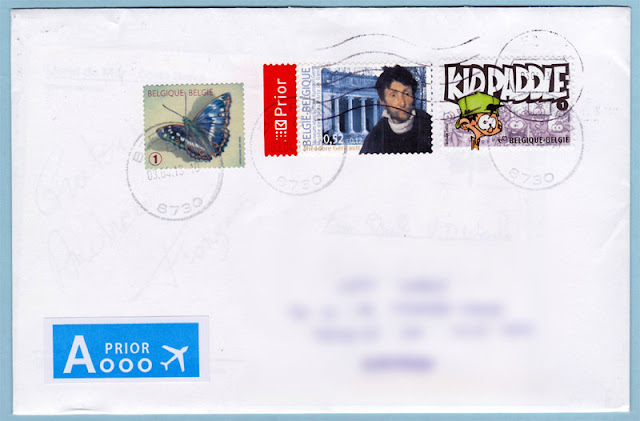 This was postmarked in Paris at Le Carre d'Encre: a sort of philatelic boutique. It looks like the sort of place you can go to... write letters. They sell writing supplies and provide areas where you can let your artistic side loose. I think I will need to drop by there next time I'm in Paris. 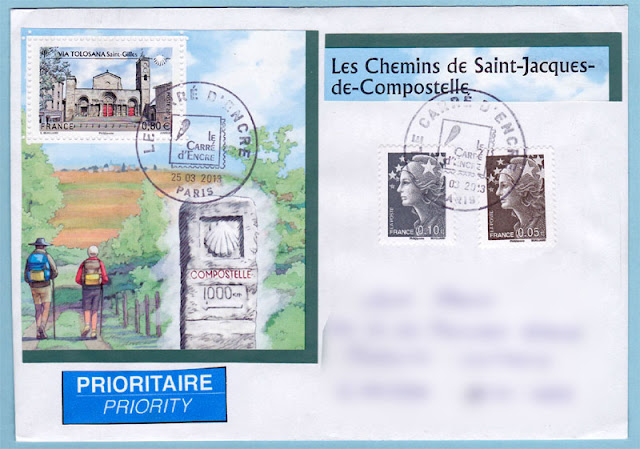 A nice little cover from Zurich with philatelic postmarks. Zurich sits on the north end of lake Zurich and the city is divided by the Limmat river. Bridges are the thing I remember most about Zurich. Bridges and watch shops. I would like to visit Zurich again someday. 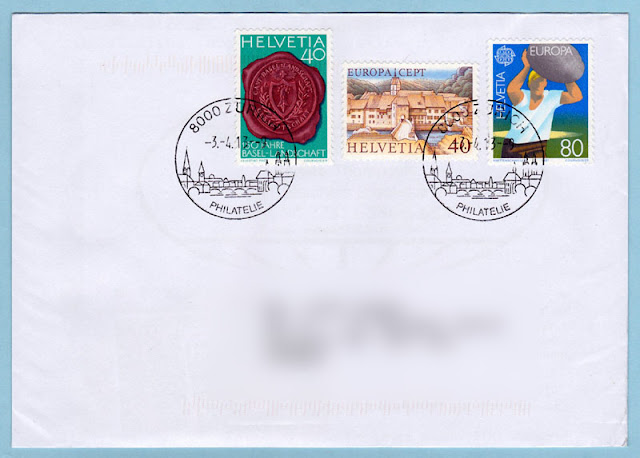 This first day cover from the US has a pair of recently issued flower stamps that were generated using computer graphics. 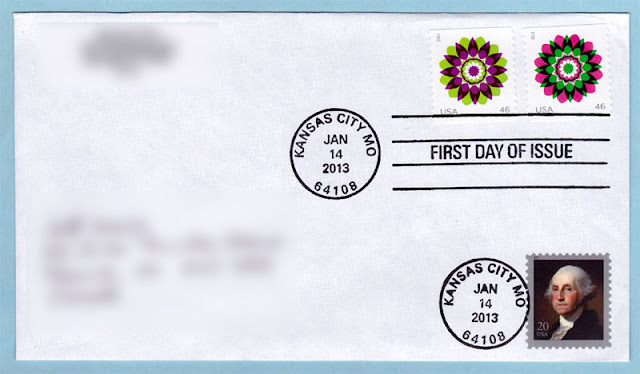 The USPS recently introduced a rate change that had little impact on the price of domestic mail (a 1 cent increase) but anyone sending mail to Canada from the US might have noticed that they did away with the Canadian rate. Canada is now treated as an international destination and 1oz letters to Canada cost $1.10 instead of the $0.85 they used to cost.
Posted by Jeff at 7:54 PM No comments:

350 Years of Postal Service in Brazil

This cover from Brazil has the 21st, 22nd and 24th stamps from the sheet of 24 that document the history of Brazilian postal services going back to 1663: 350 years. 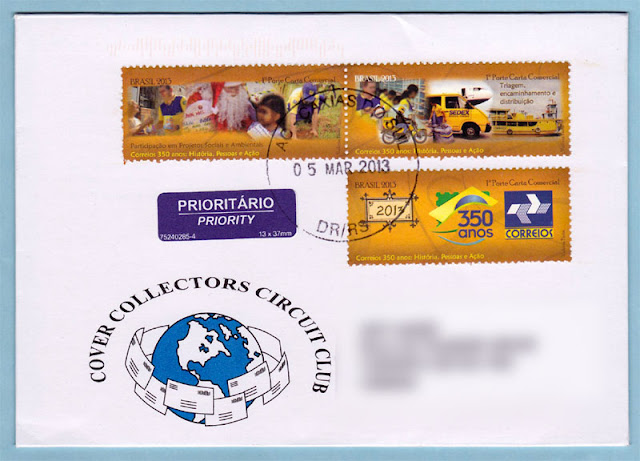 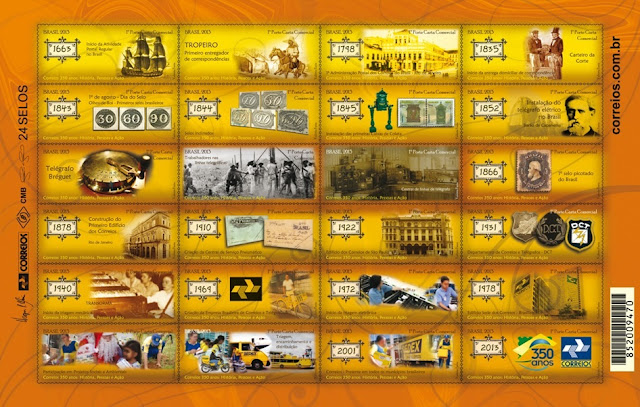 Email ThisBlogThis!Share to TwitterShare to FacebookShare to Pinterest
Labels: Brazil

On March 26th, Royal Mail issued these Doctor Who stamps to commemorate the 50th Anniversary of this very popular Science Fiction TV series. They show every actor who has played the role of the Doctor in the TV series since it was first aired in 1963. I've been a fan of Doctor Who since the 1970's so naturally I was very happy to add these stamps to my collection. 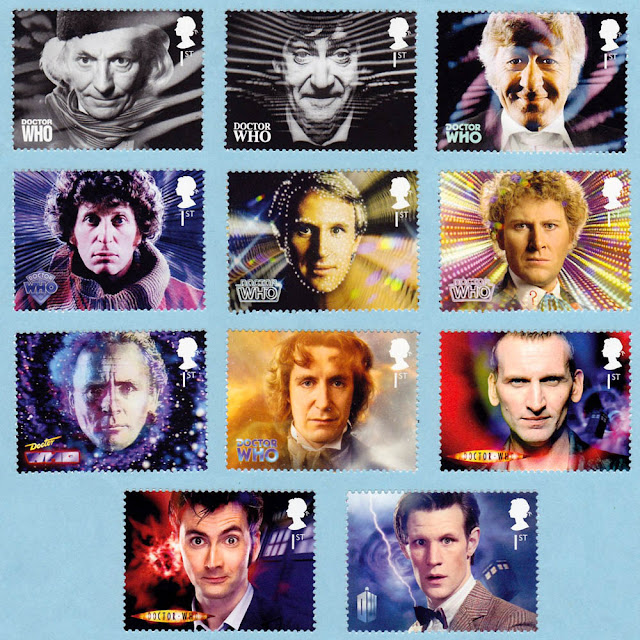 Email ThisBlogThis!Share to TwitterShare to FacebookShare to Pinterest
Labels: Doctor Who, United Kingdom

This is a cover I got back recently from the Ukrainian Antarctic research station Vernadsky. It's hard to make out but the name of the base and it's co-ordinates (65° 15 S, 64° 15 W) are shown on the top half of the postmark. I believe I sent it to the Ukrainian "National Antarctic Research Center" (Національний антарктичний науковий центр which is shown on the postmark) for forwarding to the base in September of 2011. That would explain why two of the stamps are from that year. A picture of the base appears on one of the 2009 "Preserve the Polar Regions" stamps. 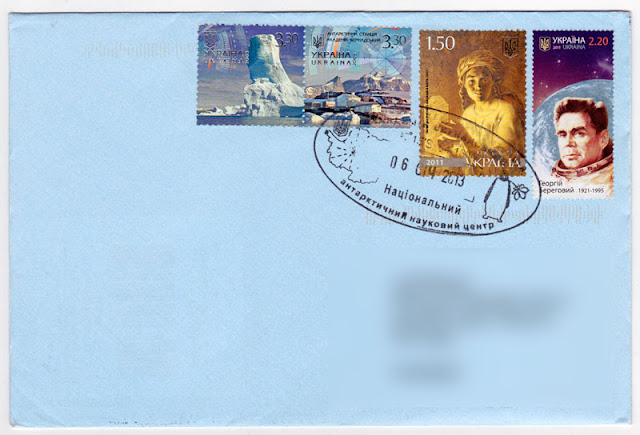 Vernadsky Station is located on Galindez Island on the Antarctic Peninsular south of US Palmer Station. It's a permanent year-round base with a staff of 12. It  was once a British base known as Faraday station that was sold to the Ukraine in 1996. Apparently it's popular with tourists and home to the southern most public bar in the world.