I got a bit of a history lesson from this one from South Africa. On it are stamps not only from the RSA but also "Venda" and "Transkei". These were known as Bantustans: territories that were reserved for black Africans in South and South West Africa during apartheid. These were two of four that were established in the 1970's and declared as independent, but only recognised as such within South Africa. All Bantustans were re-integrated with South Africa in 1994. 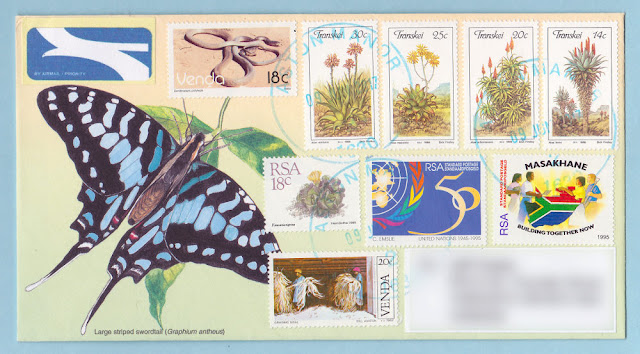 Aston Manor is a neighbourhood within the city of Kempton Park which is north-east of Johannesburg.
Posted by Jeff at 4:08 PM No comments: 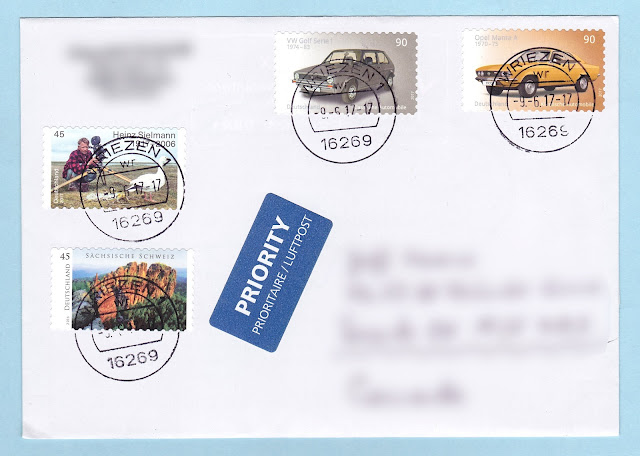 This year is the 100th anniversary of the Lions Club International.  The Lions Club is a non-profit services organisation whose goal is to help local communities. It is a secular, non-political organization with over 1.4 million members in 200 countries. It was founded in Chicago in 1917 and became international when a branch was opened in Canada in 1920. 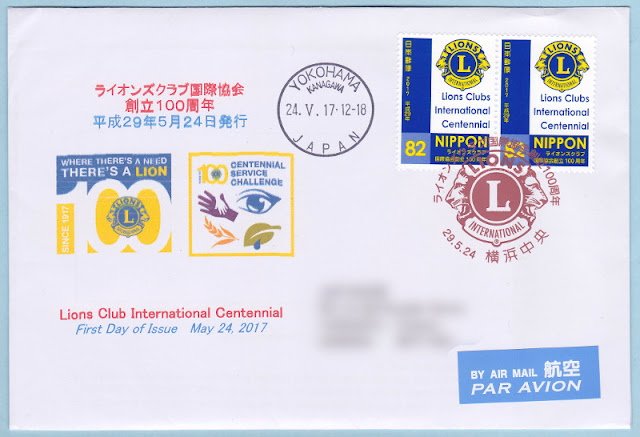