Sent from Kaliningrad, Russia. Kaliningrad is the administrative center of the Kaliningrad Oblast. It's a Russian enclave: a little part of Russia between Poland and Lithuania that has no land connection with the rest of country. 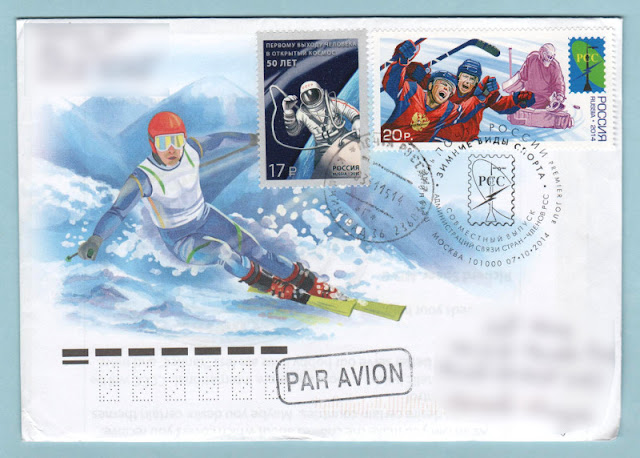 This is a first-day cover postmarked in Moscow of a joint stamp issue by PCC member countries commemorating winter sports. Specifically, hockey. PCC (Региональное содружество в области связи) or Regional Commonwealth in the field of Communications is "an organization whose mission is to carry out cooperation between new independent states in the field of telecommunication and postal communication based on their free will, principles of mutual respect and sovereignty."
Posted by Jeff at 10:30 PM No comments:

The two stamps on the right are interesting. The actual stamps are just regular domestic rate postage stamps. But the attached labels commemorate services offered by Magyar Posta. The label on the top stamp (issued June 2014) advertises automated parcel terminals. And the label on the lower stamp (issued Oct 2015) commemorates the 125 anniversary of the Hungarian registered mail label. 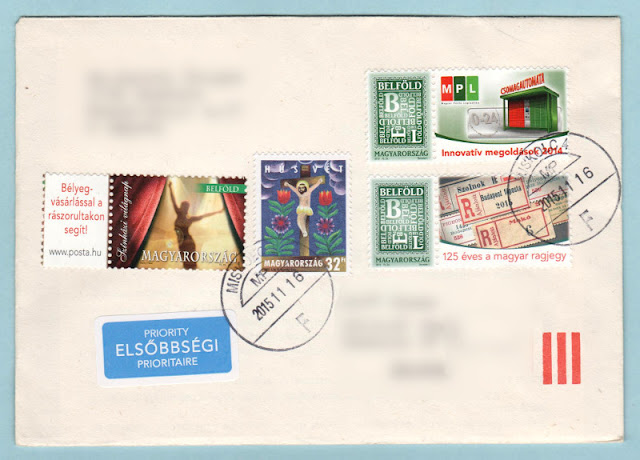 The stamp on the right is from a set commemorating Latvian architects. This stamp commemorates the masters of Latvian Art Nouveau: Jānis Alksnis, Eižens Laube and Konstantīns Pēkšēns. It's part of an ongoing series called "Republic of Latvia - 100", which will continue up to the 100th anniversary of the Latvian Republic in 2018. These stamps were issued in 2014 to commemorate the 1914 birth of Thor Heyerdahl: famous Norwegian adventurer and ethnographer. He sailed across the Pacific Ocean in 1947 in a hand-built raft (stamp on the left) to demonstrate that it would also have been possible for ancient cultures to travel similar distances. In the 1950's he headed an expedition to Easter Island to study the origins of the people of Rapa Nui (stamp on the right). 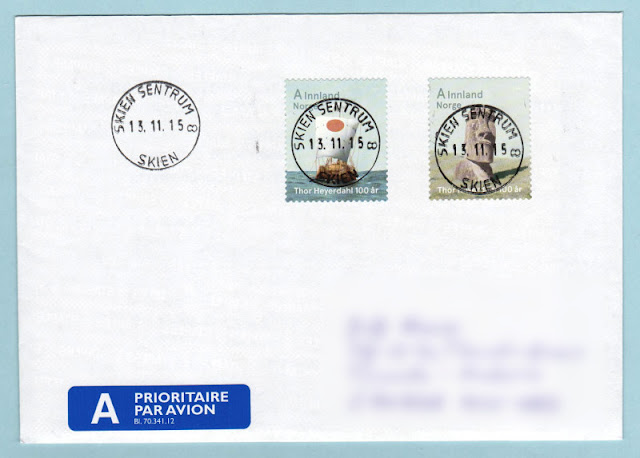 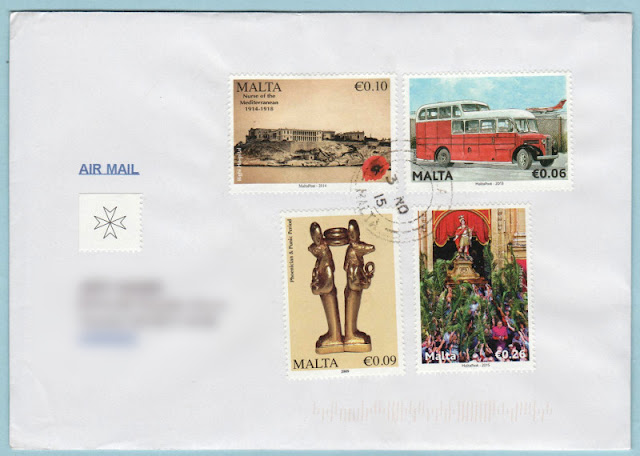 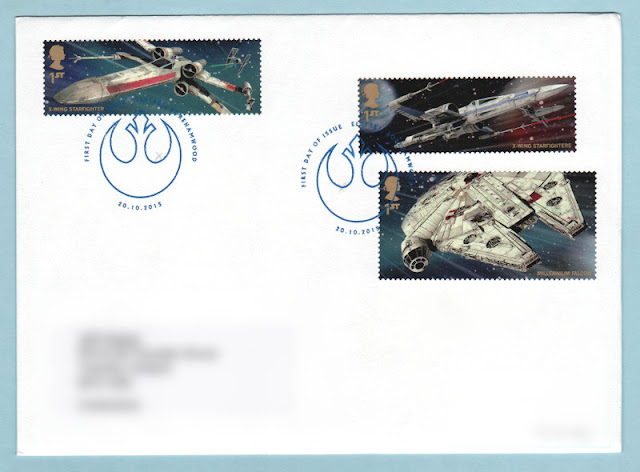 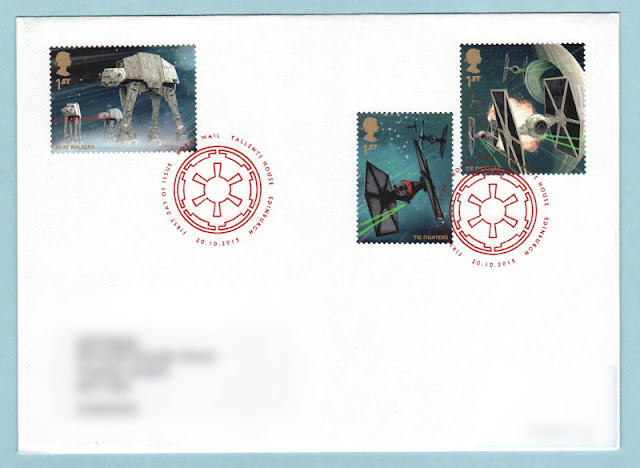 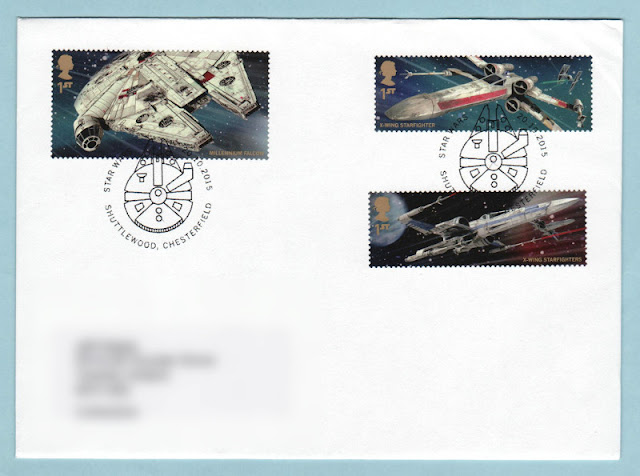 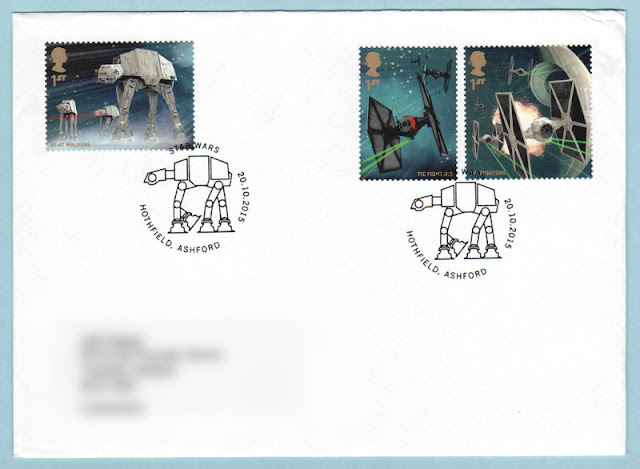 Niue is a small island nation of 1200 in the South Pacific, 2400km northeast of New Zealand. The people of Niue are New Zealand citizens. It is a self-governing state but has a free-association with New Zealand. They manage their internal affairs but New Zealand represents their foreign interests, somewhat. Niue stamps are produced by New Zealand post. 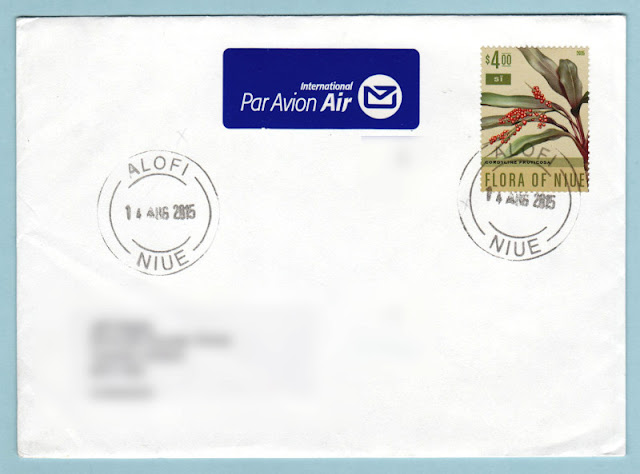 Täby is a suburb of Stockholm. The postmarks on this cover imply that it was the location of the 2015 Norida stamp exhibition held at the end of October but the event was actually moved to nearby Upplands Väsby. The Täby Park Hotel, where the event was suppose to occur, was re-purposed to house asylum seekers from Syria and Iraq. 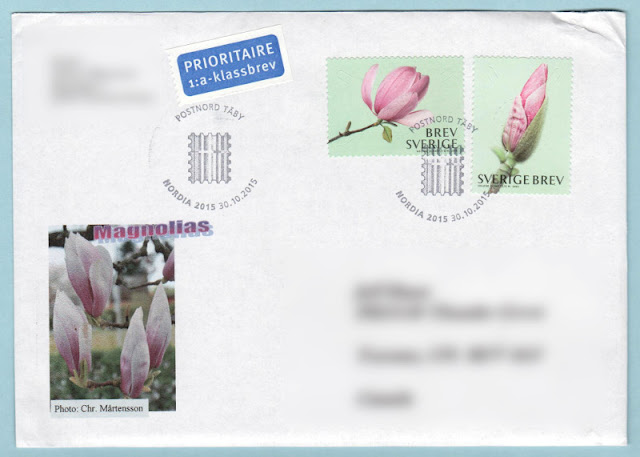 The pictorial postmark depicts Tō-ji temple in Kyoto. I like the little shrimp tempura picture on the margin of the food stamp. Cute. 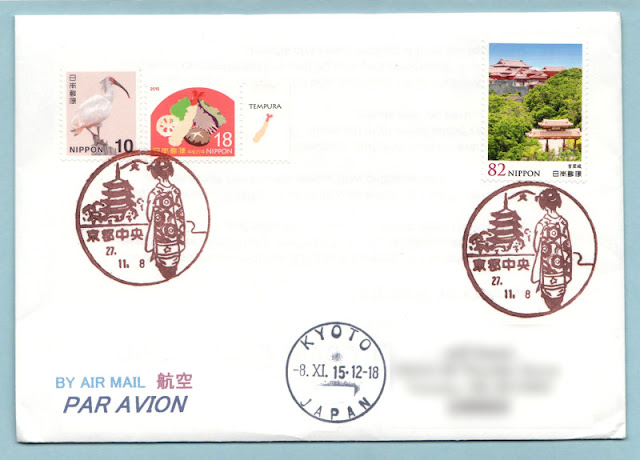 Royal Mail issued these Star Wars stamps on 20 October 2015. Each stamp is printed with an overlay that is only visible under UV light. I've seen images of some of the stamps but decided to pull out my UV lamp and have a look for myself. On some of the stamps this invisible print is very difficult to see. It shows up best on stamps with a white background. The stamps printed with the new movie logo show up quite well though.

Characters from the upcoming "The Force Awakens" movie: Rey, Finn and Kylo Ren, are printed with the new movie logo. 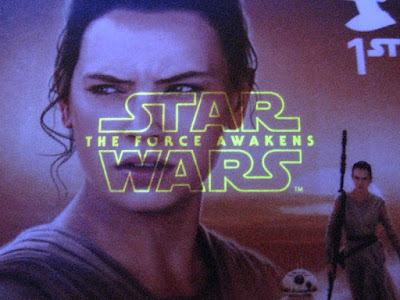 Characters who were part of the rebel alliance: Princess Leia, Luke Skywalker and Han Solo, are printed with the Alliance Starbird. 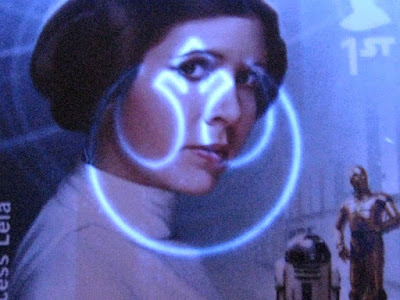 Darth Vader, the Emperor and the Stormtrooper are printed with the Imperial Crest. 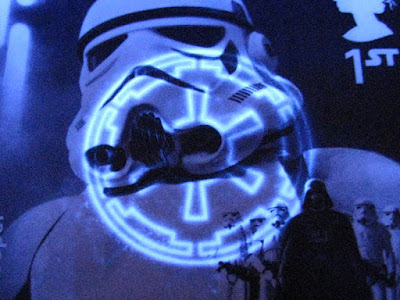 Boba Fett is printed with a Manalorian Crest. This is the same emblem that appears on the upper left corner of the character's chest armor. 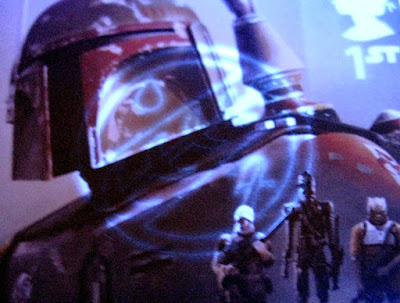 And finally, Yoda and Obi-Wan Kenobi are printed with the Jedi Order logo. 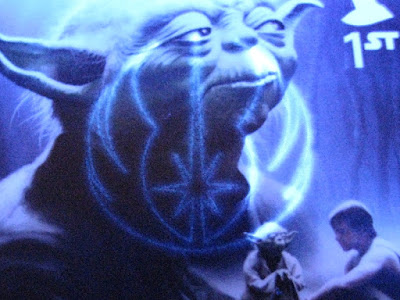 Ashoka the Great was the emperor of a territory that stretched over most of modern-day India, between 269 and 232 BC. He was a Buddhist and promoted the expansion of Buddhism throughout his empire and beyond. 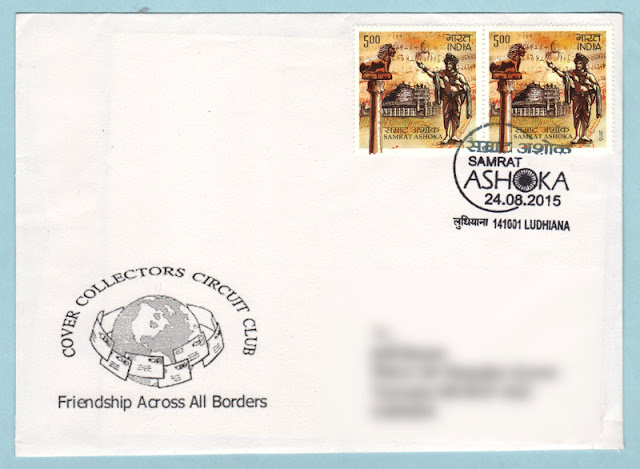 Isla de Pascua : Easter Island. Home of the Moai. Out in the Pacific Ocean, 3686 km from Chile. Almost as far as Hawaii is from California. This came to me through the one and only post office on the island in Hanga Roa. 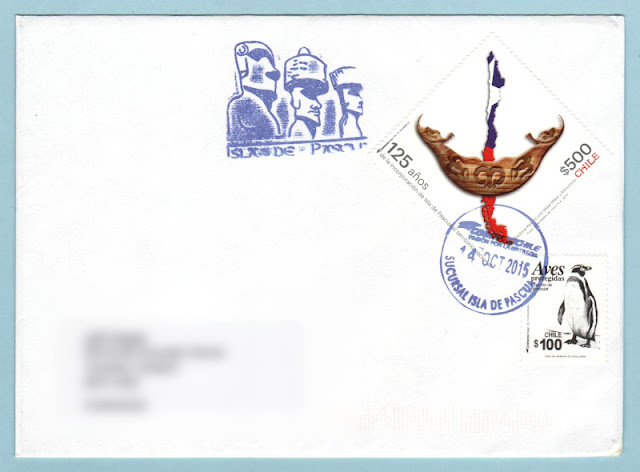 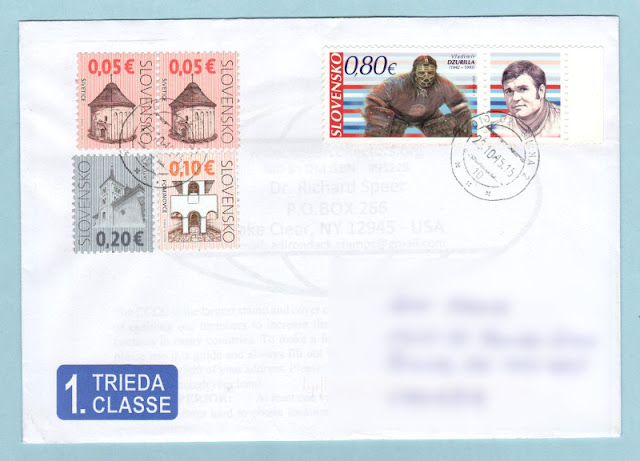