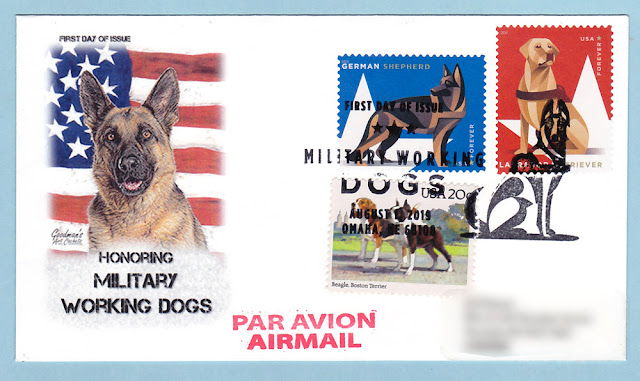 Took quite a while for these to come back to me. The first postmark commemorates the Apollo 11 landing on the moon and the second the launch of the Apollo 11. They are big, beautiful, well applied postmarks. Glad I took the time to request them. 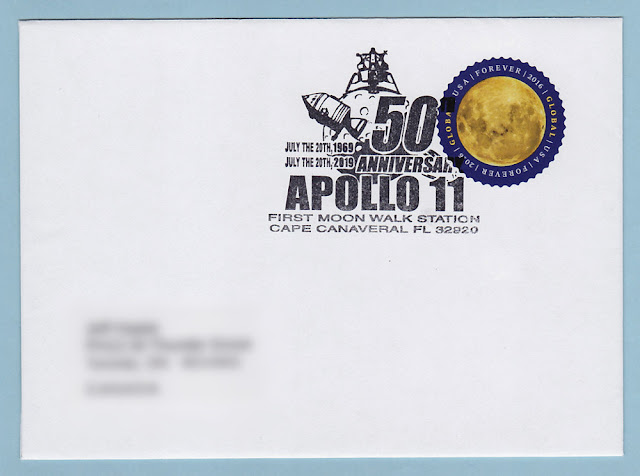 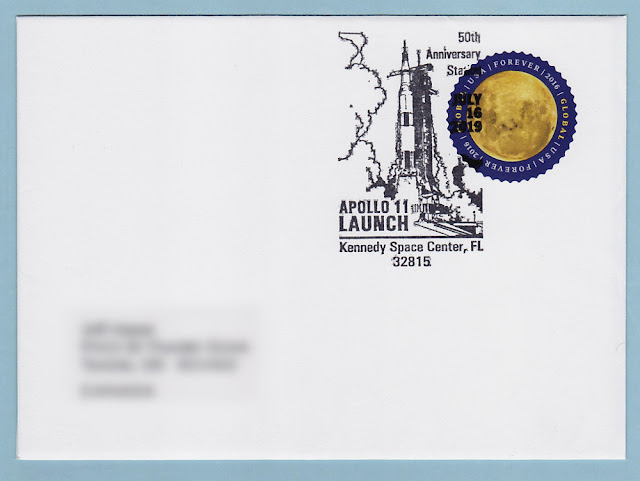 The stamp on the left commemorates Malaysian 2016 Paralympic gold medal winners and I believe the stamp on the right is from a 2017 series that commemorates "Malaysia Day" (formation of the Malaysian federation in 1963). And the one in the middle is a low-value definitive. This one is from the "Agriculture and Fruits" series printed between 1986 and 2000. I believe there were different runs for each Malaysian state. So for this particular stamp, 5c cocoa, there would be several variants, each with a different state name, crest and leader. 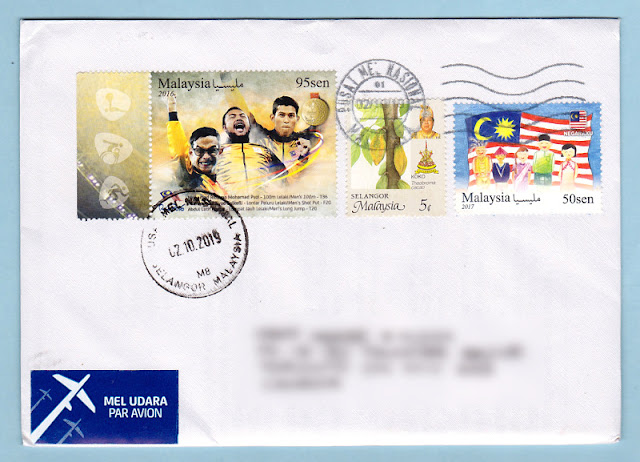 The stamp on the top left from 2010 shows the ruins of the castle in Topoľčany. Next to that is a recent stamp commemorating the 75th Anniversary of the International Civil Aviation Organization (ICAO). The low value definitives are the Rotunda sv. Margity in Šivetice and St. John the Baptist church in Sedmerovec. 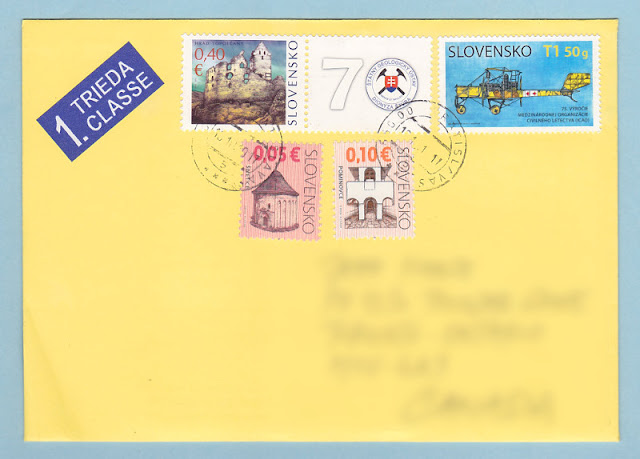 Hartland is a town in New Brunswick that sits on the east shore of the St John River at one end of the Hartland covered bridge: the longest covered bridge in the World. This cover has a perfectly applied postmark and it's paired with a stamp showing the same bridge. But it's ruined by an unnecessary pen scribble over the stamp. 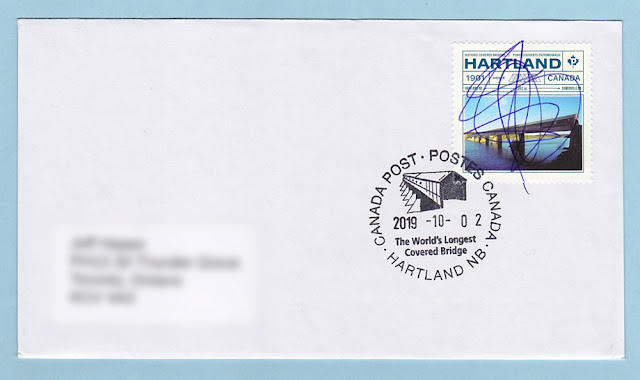 As predicted, the third and final cover to come back from the Marion Dufresne. This time from Martin de Viviès on St Paul Island. 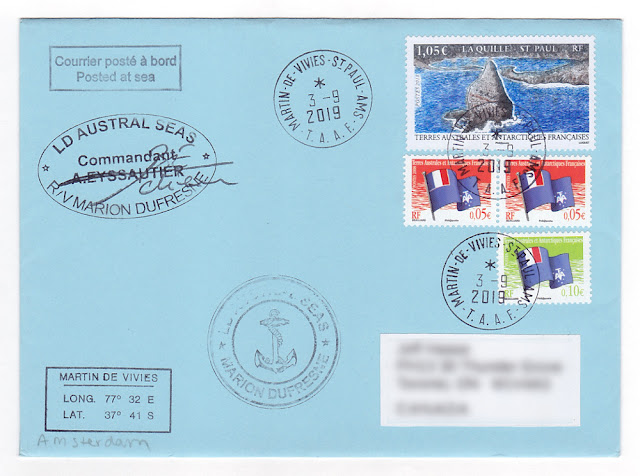 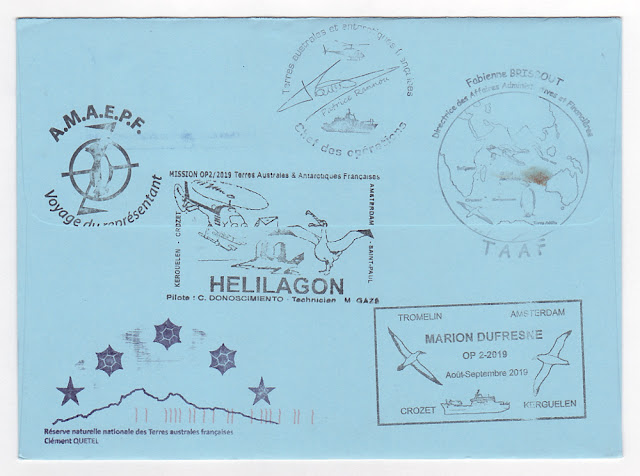 A post on the Antarctica New Zealand Facebook page implies the first Scott Base summer crew reached the base on the 16th of September. It didn't take long for this cover to make the round trip. I only sent it down there at the beginning of September. 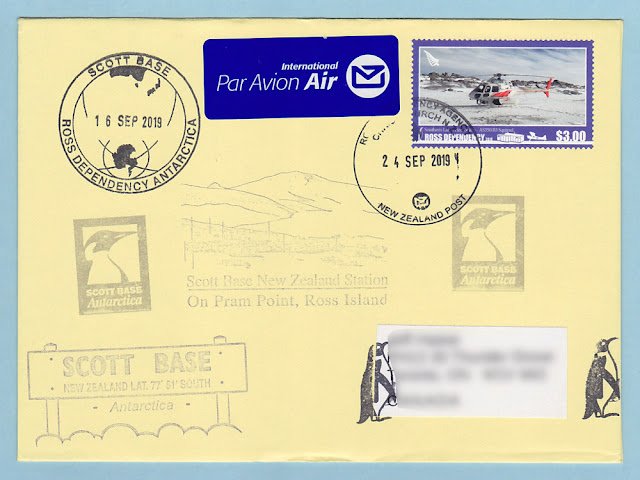 There is effort underway to redesign Scott Base over the next few years. Very early stages. They don't have a design or contractor yet. But the plan is to replace all existing buildings with three interconnecting buildings.
Posted by Jeff at 11:12 AM No comments: