This miniature stamp sheet from Alderney depicts their version of the missing scene from the end of the Bayeux Tapestry. What it interesting about this stamp is that the top layer is not paper, but cotton: 100% combed cotton, with a thread count of 167x167. It's a nice looking sheet. Has an interesting texture.

The Bayeux Tapestry is 70 meters of embroidered cloth that depicts events leading up to the Norman conquest of England. It is believe that the tapestry was commissioned sometime in the 11th century. The end of the tapestry is missing and is believe to contain one final "scene" but exactly what it contained is uncertain.

On the channel island of Alderney, a large group of island residents came together to construct their own final scene to the tapestry. Their tapestry, at 3m in length, documents the days after the battle of Hastings in 1066, which includes the coronation of William the Conqueror as the King of England and the construction of the Tower of London.

Břeclav is a city of 25000 in the south of the Czech Republic. It is an important transportation hub, being at a point on the Czech southern border where it forms a T with the borders of Austria and Slovakia. 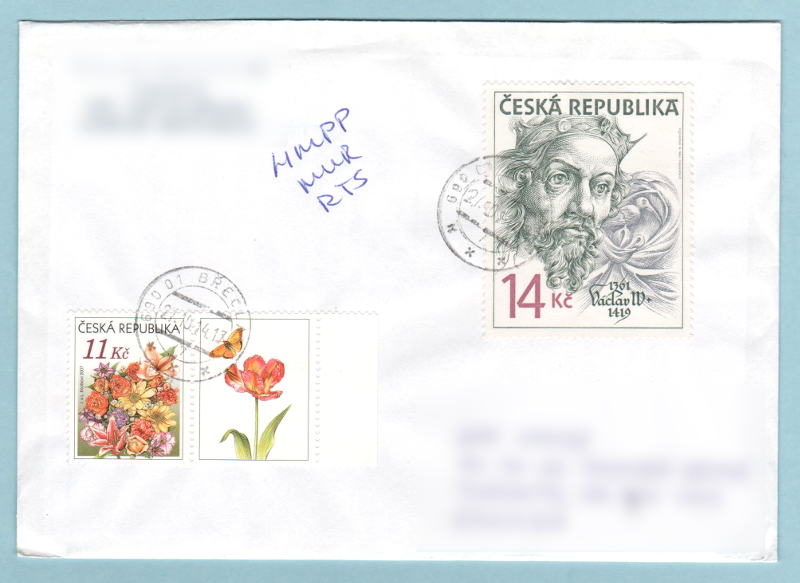 First Day Covers for the latest stamp in the "War of 1812" series by the USPS: The Battle of Fort McHenry. I thought this would be the last stamp release in the series but I was just reading that a "Battle of New Orleans" stamp was planned for next year which makes sense as it was the final major battle of the war which ended in January of 1815. 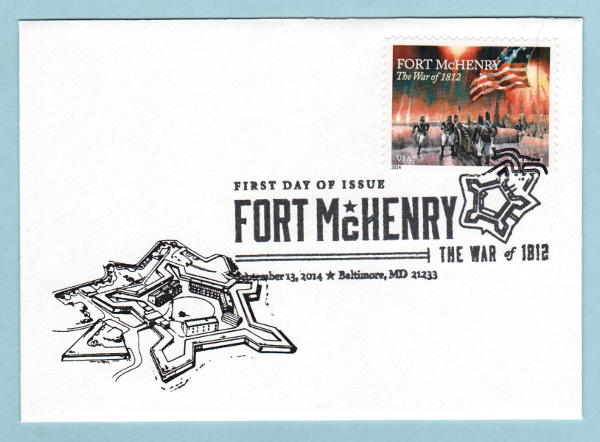 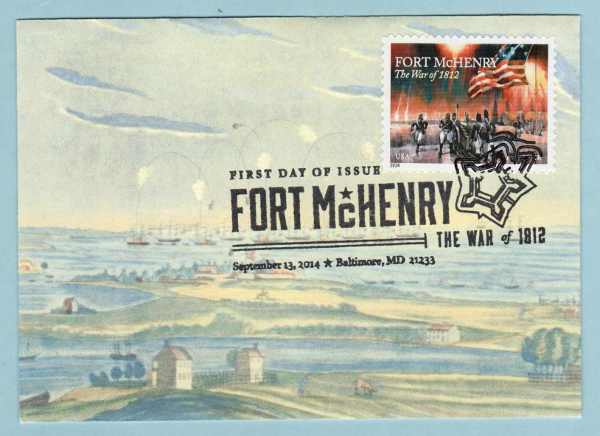 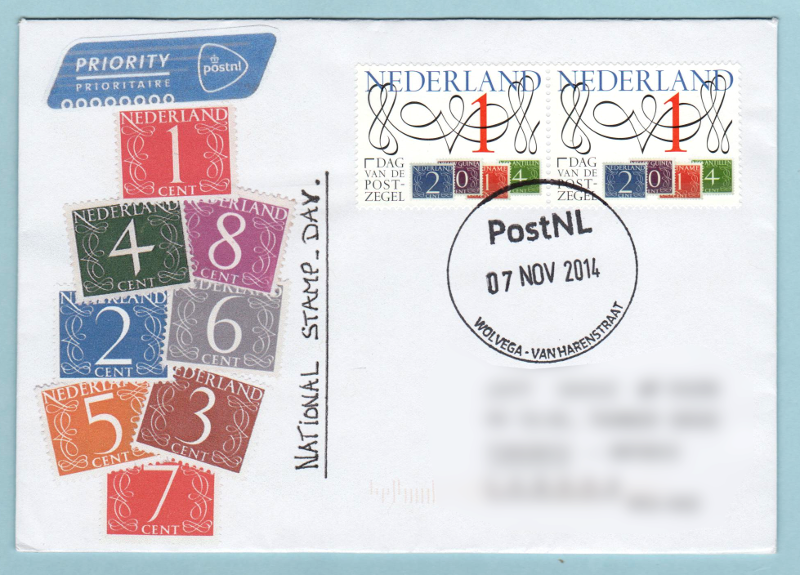 This came back to me from Port Lockroy, having been carried down there aboard the Barque Europa. The Europa is a steel-hulled barque built in 1911. It is now a Dutch registered ship, purchased in 1984 and fully restored. The company that owns it offers working cruises where passengers assist the crew with some of the daily tasks aboard the ship. They offer an "Antarctic Expedition" cruise that starts and ends in Ushuaia. It takes you across the Drake Passage and makes a few stops along the Antarctic Peninsula. 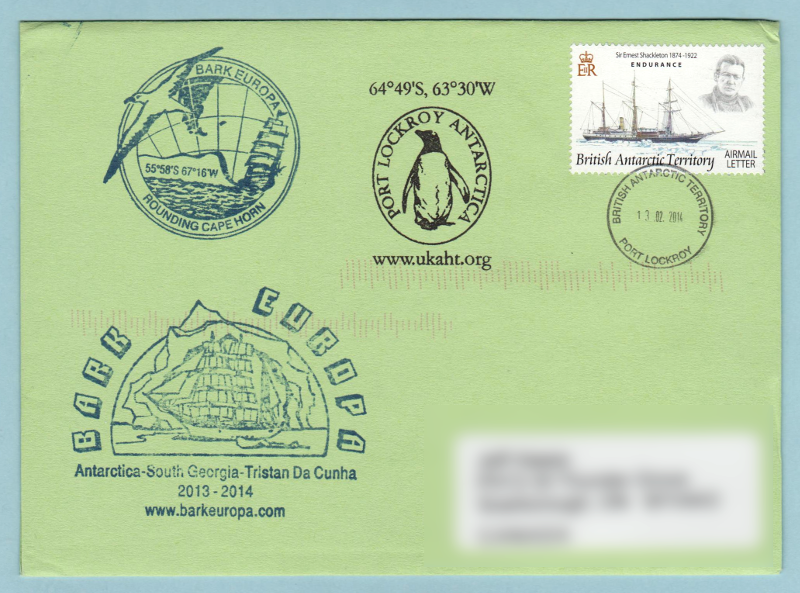 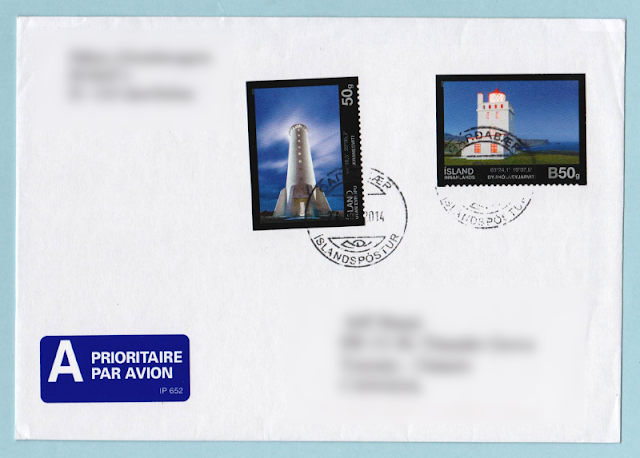 Gastronomic delights from Belgium. Chocolate... of course, Mussels and fries, and Eel in green sauce. 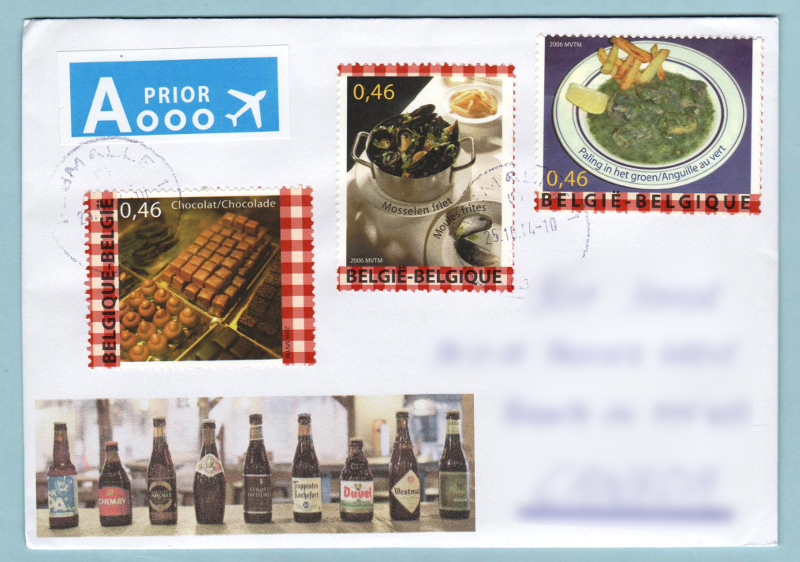