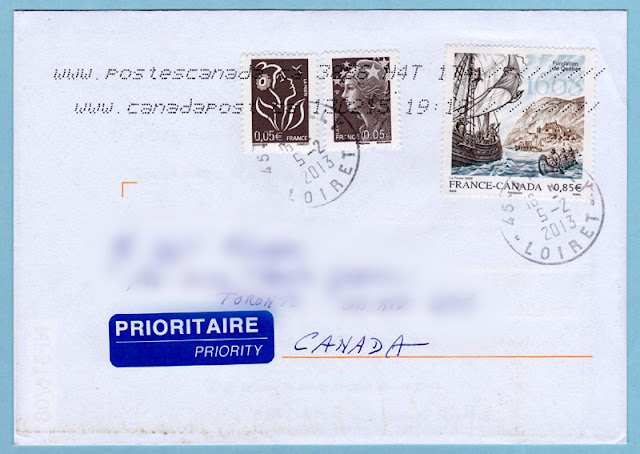 This FDC from Bubaneswar, India is for a stamp commemorating India's National Mathematics Day. This stamp was to be issued in 2010 but it was postponed. However, I understand that several sheets found there way into collectors hands. India post finally decided to go ahead and issue the stamp on 22 December 2012 to commemorate the birthday of Indian mathematician Srinivasa Ramanujan. His birthday is also National Mathematics day in India. Also interesting to note that India Post issued a different Srinivasa Ramanujan stamp on 26 December 2011. 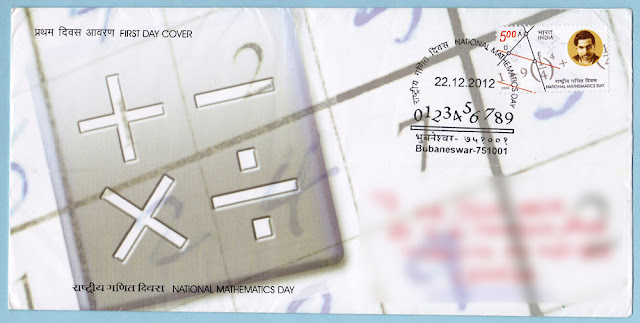 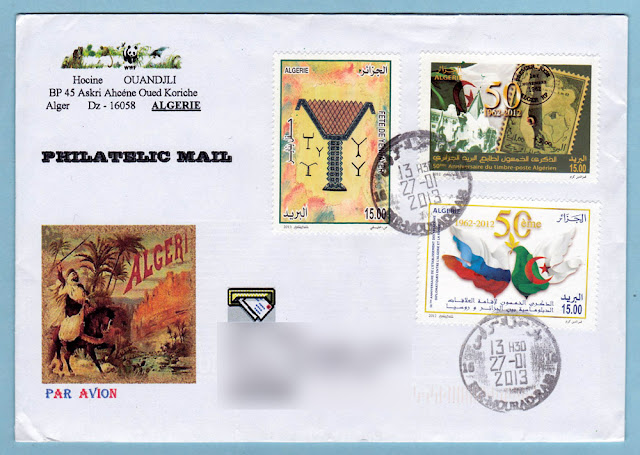