Taastrup is between Copenhagen and Roskilde. I believe it's a railway hub and perhaps that explains the large PortNord terminal there. A nice selection of stamps from 2017. 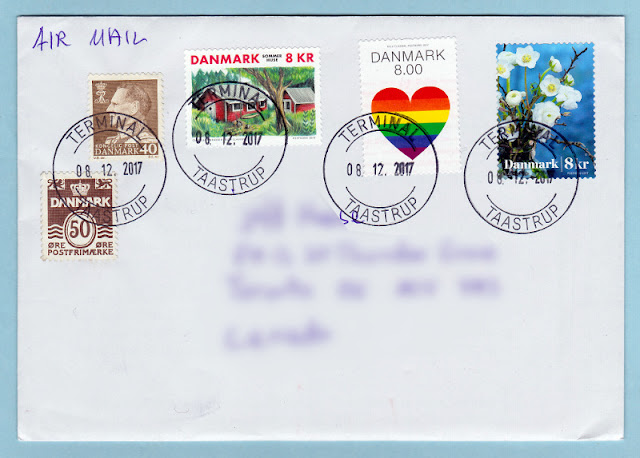 Something that caught my attention was the amount of postage on this letter: 24.90 DKK. This letter cost twice as much to send than a similar letter would cost me to send from Canada. The rate calculator on the PostNord website confirmed it. I found a couple of articles on the internet from late in 2015 discussing how postal rates in Denmark were going to double, making them the highest of all EU countries. If that were to happen in Canada I'd be done with cover collecting.
Posted by Jeff at 12:02 AM