This sheet was issued to commemorate the first postage stamp produced by the People's Democratic Republic of Algeria in 1962 and the signing of the 1 November 1954 proclamation. This sheet was unveiled at a philatelic exhibition that occurred in Algiers between 31 Oct and 3 Nov 2017. 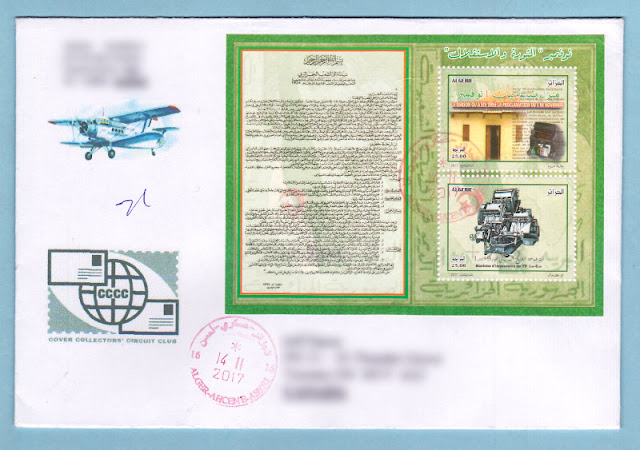 The text on the left of the sheet is the November proclamation. In it the Algerian National Liberation Front (FLN) declared their intent to basically end French rule over Algeria. The stamp on the top shows the house where the proclamation was originally printed in 1954 and the press used to print it. And the bottom stamps shows the printing press used to produce those first postage stamps in 1962. In the background on both sides of this sheet is a faded image of that original stamp.
Posted by Jeff at 3:34 PM