More from the Salon du Timbre

I received this cover from François who must have made a trip to the Salon du Timbre in Paris this past week. I wanted to send myself a cover with this label on it but I didn't get a chance to. This label features key people from French history: Louis IX, François I, Henri IV, Louis XIV, Napoleon and General de Gaulle. Thank you François! 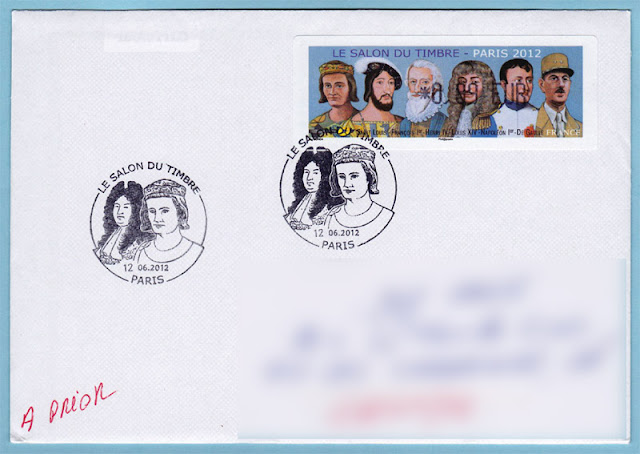 I also received this postcard that I had sent myself from the Salon. It was a postcard we bought at Disneyland and we happened to have it handy at the Salon so I stuck a newly issued "sports" stamp on it and mailed it back to myself. It's postmarked with the first day of issue postmark. 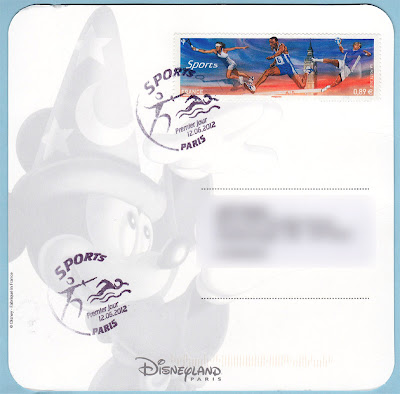 The French stamp is clearly for the olympics and yet none of the official info I've read regarding this stamp mentions the olympic games.

I was at the Salon du Timbre on tuesday too! Next Time, please tell me when you come to France for a philatelic fair.