This new joint issue from Canada Post and Guernsey Post kicks off the Canada Post series to commemorate the war of 1812. This war between the British and United States was fought between June 1812 and Feb 1815. In the end, both sides declared victory and the war helped to bolster a new sense of unity and nationality in both nations. The British loyalists in Canada took great pride in having successfully defended Canadian borders from an American take over. 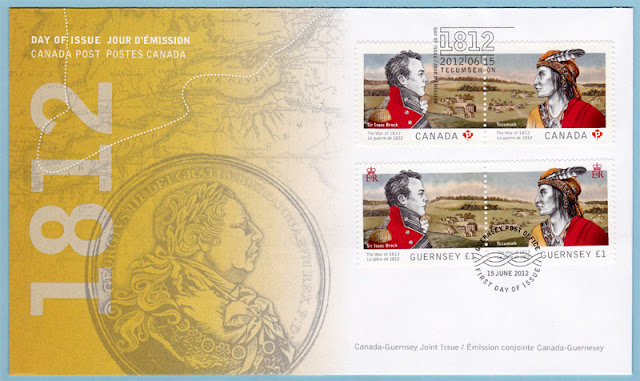 This first issue in the series features Guernsey born Major-General Sir Isaac Brock, the "Hero of Upper Canada" and War Chief Tecumseh, leader of the Shawnee people. The two led a successful campaign to capture Fort Detroit in August 1812. Both men would later die on the battlefield: Brock at the Battle of Queenston Heights on 13 October 1812 and Techmseh at the Battle of the Thames on 5 October 1813. 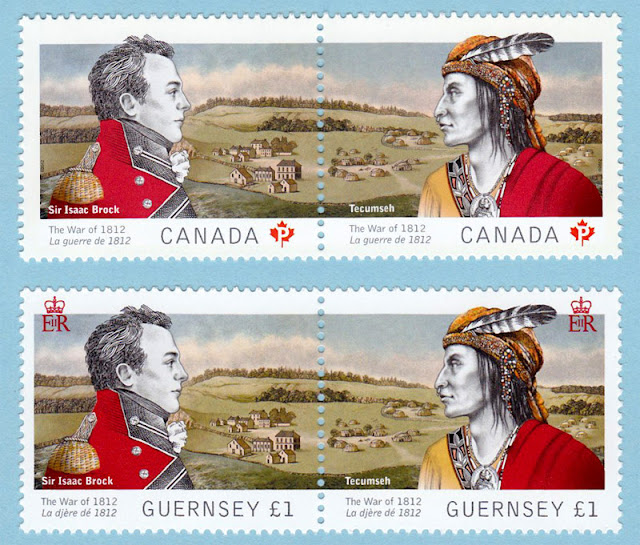 The next pair of stamps in the series will be issued in 1813 and will feature Laura Secord and Lieutenant Colonel Charles de Salaberry.