North Pole is a city of over 2000 people in Alaska. It's a few kilometers east of Fairfax along the Richardson Highway. When children in the United States write letters to Santa Claus, this is where they end up. The post office in North Pole responds to those letters and uses the North Pole postmark on the envelopes. 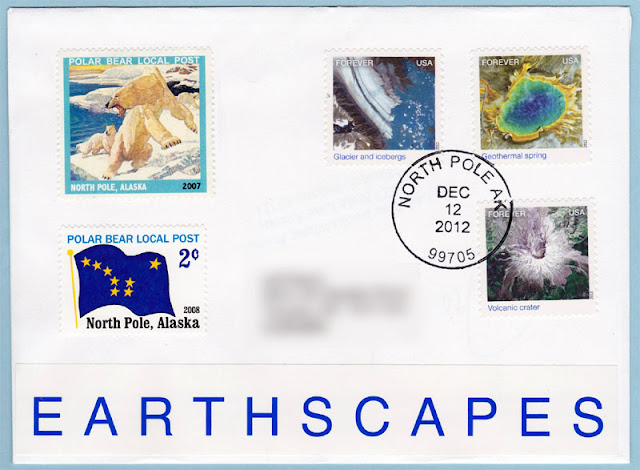 I like the "Earthscapes" stamps. There were 15 stamps in the set that was issued by USPS on 1 Oct 2012. They feature satellite imagery of natural, urban and agricultural landscapes from around the United States. Also on this cover are a couple of local post "labels" which are not officially stamps. There is mention of one of the labels on this cover here.
Posted by Jeff at 11:47 PM