This miniature sheet with a pair of Ross Dependency stamps over an image of the Terra Nova in Lytteloton Harbour was issued for the Christchurch Philatelic Society on 14 January 2012. The stamps are a pair from the 2011 Ross Dependency issue that feature Robert F Scott and his expedition to the South Pole. 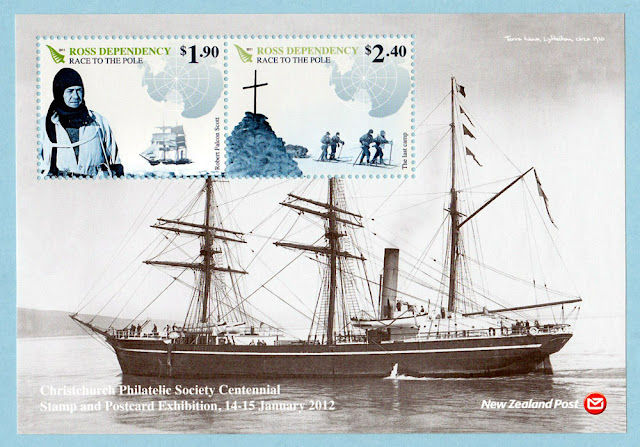 I received this from New Zealand Post today and the envelope looks like it was dropped in a puddle and kick around. Fortunately New Zealand Post seals their stamps in plastic envelopes, otherwise they would have been ruined.