Received this today, sent in September of 2011. Not a bad turn around time. Only took two months to get down there and a month and a half to get back through the holiday mail. 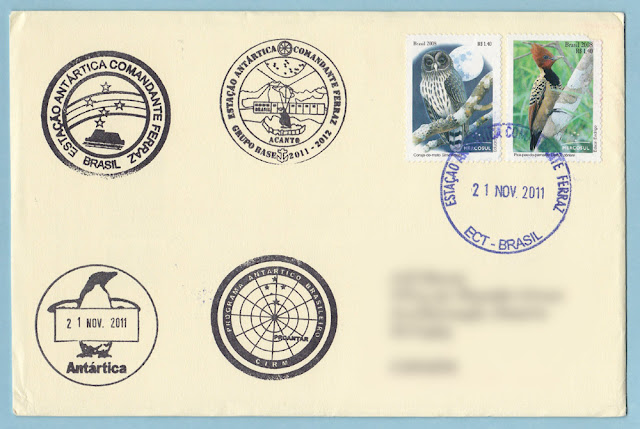 Comandante Ferraz is a Brazilian research base on King George Island. It's a year round base that has been in use since 1984 and is maintained by the Brazilian Navy. The cachet at the top in the middle has "Grupo Base" on it (Base Group) which is the Navy team who operate the base. The cachet at the bottom in the middle is the logo for PROANTAR: Programa Antártico . The acronym CIRM stands for "Comissão Interministerial para os Recursos do Mar" or commision for sea resources. 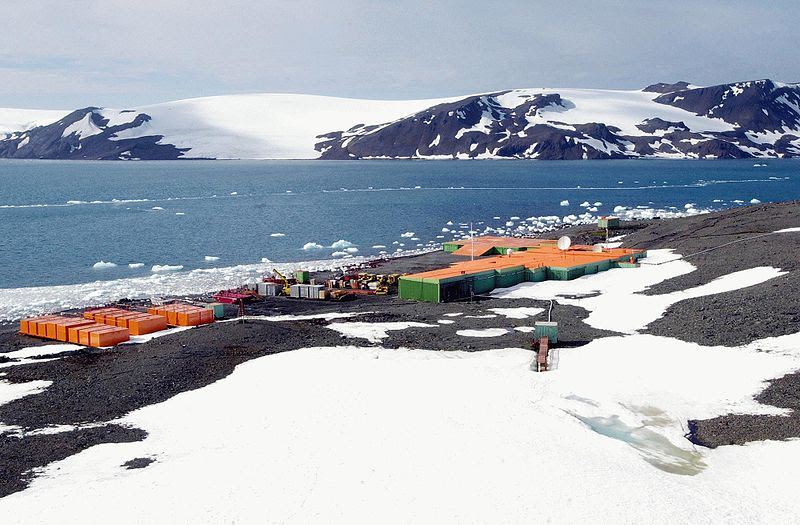 Too bad the Ferraz Station was destroyed on a fire in february-2012. Unfortunately two brazilian Navy officers died when fighting the fire. I guess it will take a long time to be rebuilt.