The Royal Navy celebrates 100 year of aviation on 9 May 2009. This dates marks the 100th Anniversary of the first naval order for an air ship. A number of British Commonweatlh nations and territories are issuing stamps to commemorate the occasion. I believe the British Antarctic Territory was the first (1 January 2009) with a set of 4 stamps and a souvenir sheet. The stamps feature the Westland Lynx (10p), the Fairey Seafox (10p), the Westland Wasp (90p) and the Supermarine Walrus (90p). The £2souvenir sheet features the Mayfly: the first airship purchase ever made by the Royal Navy. The contract was awarded to Vickers and it took two years to design and construct. But it was never put into use. The ship was damaged beyond repair on its first test flight. 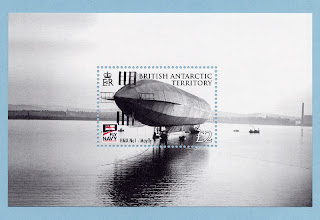 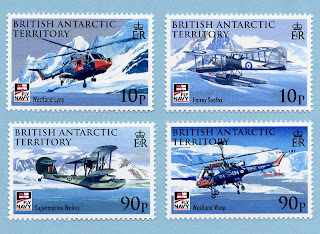