Centenary Of The League Of Combatants, Portugal

Started in 1921 and formally recognized in 1924, the Liga dos Combatentes is a war veterans organization. It honours those who gave their life for Portugal. Gives dignity to those who fought and survived. The organization also seeks to preserve the memory of the sacrifices made. All for the good of the veterans and their country. 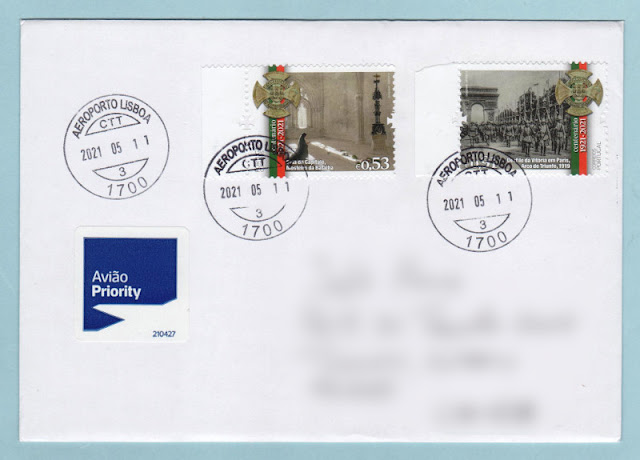 On the left is the Chapterhouse (Sala do Capitulo) at Batalha Monastery (Mosteiro da Batalha) which houses the Portuguese Tomb of the Unknown Soldier where two unknown soldiers from the First World War are entombed. And on the right, the victory parade in Paris at the end of the war.
Thank You for the cover Pedro.