A pair of covers from the Japanese Antarctic research program. One form the Syowa Antarctic research station and the other from the Icebreaker Shirase. I received both of these on the same day. Despite the fact that I sent them to different addresses, I suspect they were prepared together and sent back from the same source. The date stamps are the same. 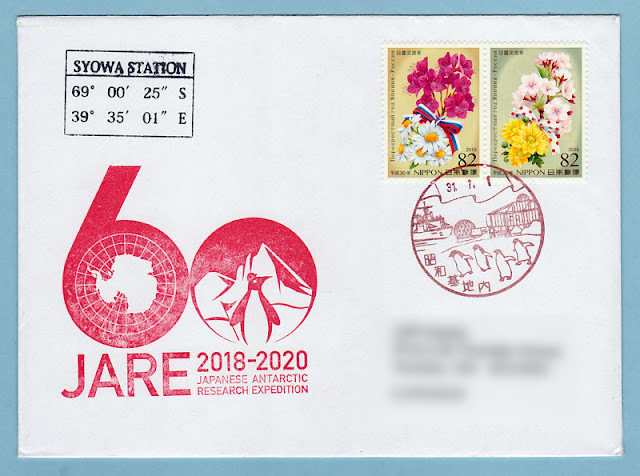 Syowa Station is Japan's permanent Antarctic research station. It's quite large, consisting of several buildings that can accommodate up to 110 people with an overwintering crew of 30.

Syowa is supported by the icebreaker Shirase. The current version of this vessel was put into service in 2009. The cachet on the bottom left of the Shirase cover shows an image of a stone shrine  honouring Shin Fukushima: was a Japanese Antarctic expedition member who died in October 1960. 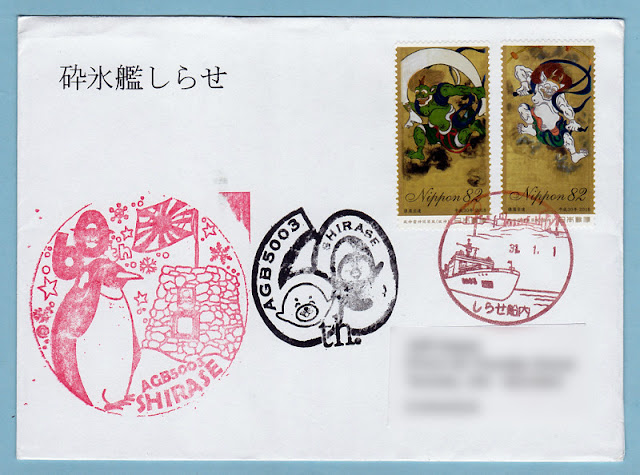 The official first day of postmarking is Dec. 5th, 2018, as far as sent to the postmarking service address at Ginza PO. I guess you sent the request direcy to the Expedition, as you have the date of the new year day!

Hi,
What is the address of this base and how much postage should I apply>

And which address should I use for the icebreaker?