A set of five Norwegian stamps from 2005 highlight key events during 100 years of Norwegian History. From left to right, top to bottom: 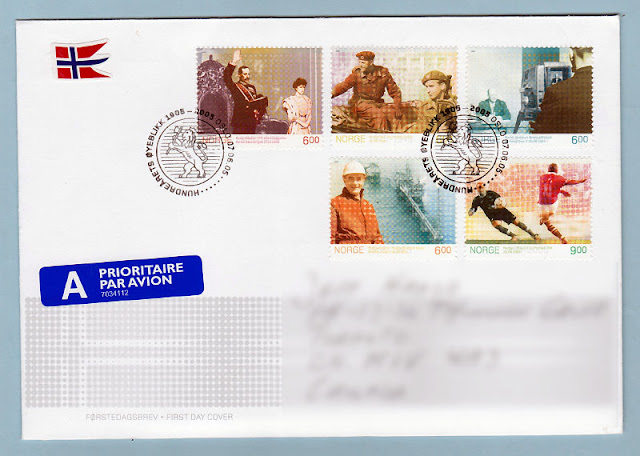