The three stamps on this cover are from a set of five issued 27 Sept 2017. The stamps show popular tourist destinations. From left to right:  Chapada dos Veadeiros National Park in the central state of Goiás, the falls at the mouth of the river Iguaçu in the southern state of Paraná and Armação dos Búzios: a coastal resort town in the state of Rio de Janeiro. 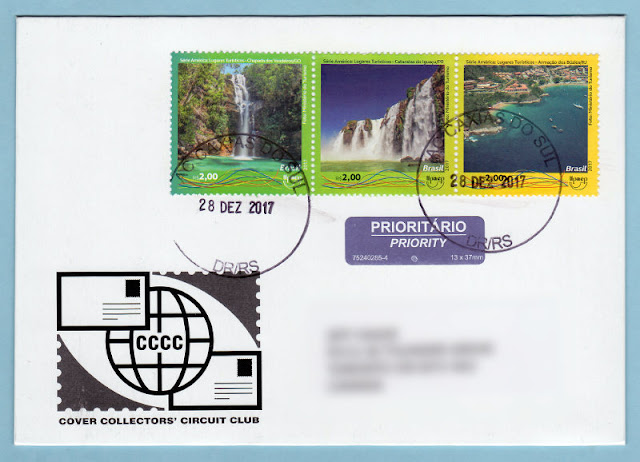 "l'Union des Postes Amérique Espagne Portugal" aka America-UPAEP is a group of Latin American postal administrations together with Portugal and Spain. Every year these countries produce a stamp issue with a common theme. Similar to "Europa" stamps from European countries.
Posted by Jeff at 6:50 PM