The History of Hockey was a joint issue between Canada and the US, issued Ocbober 20, 2017. It's supposed to represent a shared love for hockey and how the game has changed over the years. The bottom stamps are a reflection in the ice of a player from the past. This year is the 100th anniversary of the NHL so perhaps that was the motivation behind this issue. 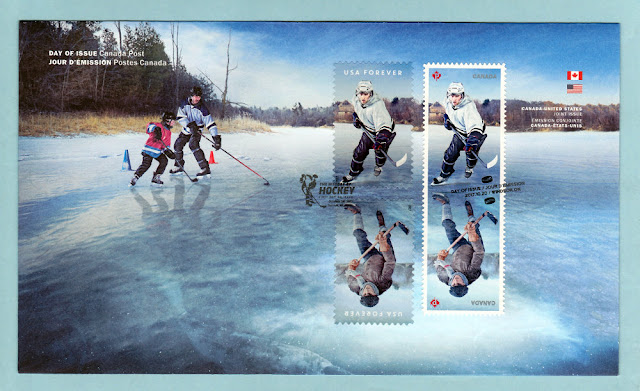 At first I was put off at how simple the Canadian FDC postmark was but then I noticed the hockey pucks on the top and bottom of the text, placed right under the blades of the players sticks. I like joint issues but I'm not that crazy about this one for some reason.
Posted by Jeff at 10:15 PM