Interesting way to reuse a stamp

I had a small pile of stamps on paper to soak and in the pile was this pair of stamps from the Netherlands. It was strange that the 20c stamps was placed over the corner of the 88c stamp. They were aligned on the envelope just as they are in the scan below, with a nice Amsterdam postmark over both stamps. 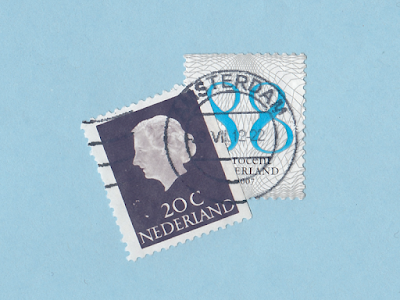 After removing the stamps from the paper I discovered why the 20c stamps had been placed over the other. It was covering a previous cancellation from 's-Hertogenbosch (Den Bosch). The 88c stamp had been previously used and franked on a different envelope. I've never seen a so obviously cancelled stamp reused on a letter before. 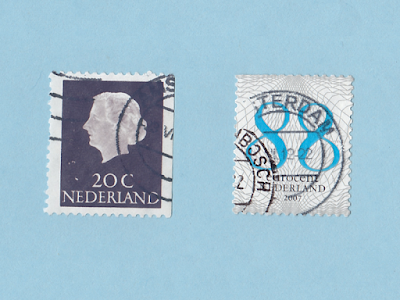