A philatelic postmark from Germany which I believe was commissioned by Arbeitsgemeinschaft POLAR PHILATELY eV, to commemorate 150 years since the birth of Erich von Drygalski. 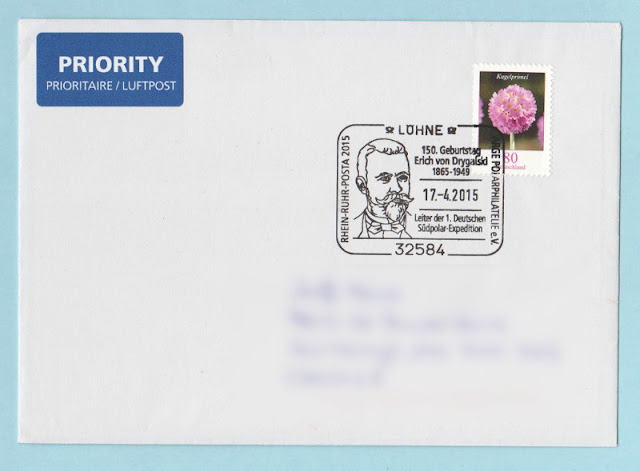 Drygalski was a German geographer and polar scientist who led the first German expedition to the Antarctic in 1901. They discovered new land before returning home 2 years later. Half of their time away was spent trapped on an ice sheet. This is an aerial photo of their ship, Gauss, taken by a balloon used during the expedition. 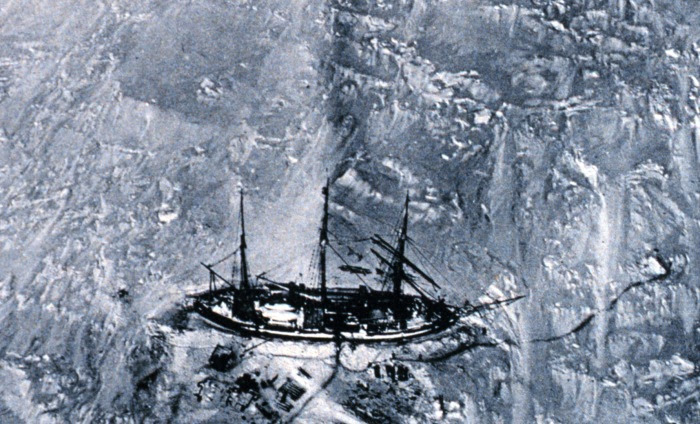