This is a coin cover I made using a Fort McHenry National Monument and Historic Shrine quarter from the US mint's America the Beautiful quarter dollar series. A special postmark to commemorate the launch of the quarter was made available at the time. It got a little wrinkled coming back to me through the mail but turned out ok. The background image on the small A1 size envelope was taken from a c 1814 lithograph by John Bower which depicts the Battle of Fort McHenry. 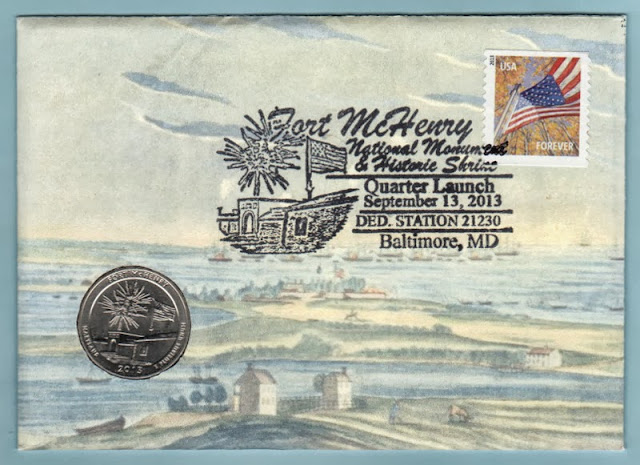 The coin and postmark show what the fort looks like during the annual Defenders Day celebrations. The fireworks going off over the fort represent the "rockets red glare" that would have been lighting up the skies over Fort McHenry on 13 September 1814 during an attack by the British, towards the end of the War of 1812.
Posted by Jeff at 11:55 PM