A first day of issue postmark on the new USPS "Battle of Lake Erie" stamp. The stamp was issued on 10 Sept 2013 to coincided with the 200th anniversary of the battle. The Battle of Lake Erie was the largest naval battle of the war. The Americans were victorious over the British and this victory allowed them to maintain control of Lake Erie for the duration of the war. 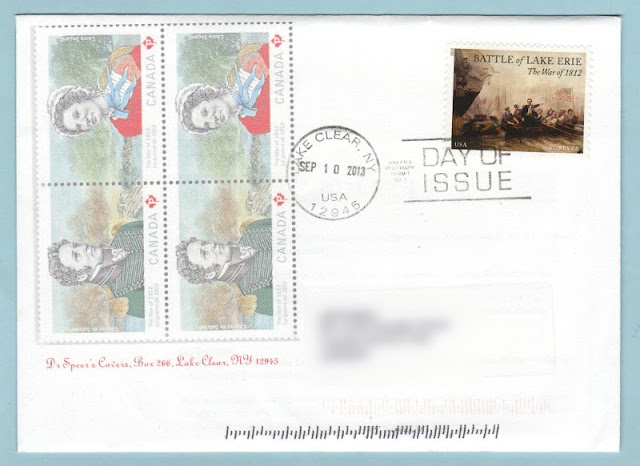 A great FDC with obliteration of U.S. mail on Canadian stamps ... is really a unique piece for your collection. Congratulations!

Unfortunately, the Canadian stamps on the cover are not real. They were just printed on the envelope by the sender :(