London England with a Doctor Who postmark

This cover from the UK, with a pair of 2012 Olympic stamps on it, is postmarked with the Sci-Fi Collector's Doctor Who postmark. It doesn't actually refer to the show but the image of the police box in the postmark is the Doctor's time machine : the TARDIS. The BBC are very protective of Doctor Who and were requesting fairly large licensing fees of those wishing to create commemorate postmarks to go along with the Doctor Who stamp issues. So groups like Sci-Fi Collector (a store in London specializing in Doctor Who memorabilia) left out the reference to "Doctor Who" in their postmark design to avoid the licensing fee. 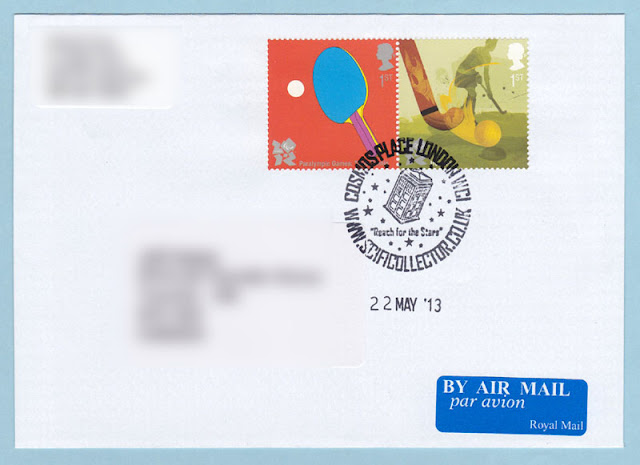 You have got a great collection of rare stamps. As now no one cares to use postal services and everyone depends on email marketing. These are becoming more and more precious.