After the US ended their space shuttle program, it was decided that the four remaining shuttles would be donated to museums to be put on display. Endeavour was given to the California Science Center in Los Angeles. It was flown from Florida to LAX on top of a jumbo jet which is an amazing thing to see in itself. But the real challenge was getting the shuttle from the airport to the science center: 12 miles away. That part of the journey started at LAX on 12 Oct and it took two days to transport the massive shuttle, with its 78 foot wing span, through the streets of LA. 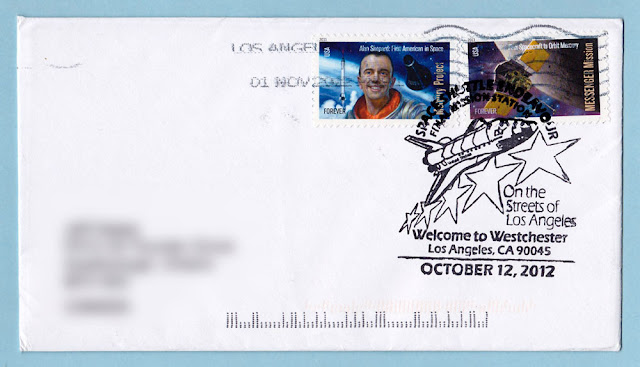