I sent this down to Artigas in September of 2010. Not directly to the base though. I sent it there through the Uruguayan Antarctic Institute in Montevideo. And I requested that it be sent back to me through Uruguay and not Chile or Argentina (that's why I used the Uruguayan stamps). Philatelic requests for Artigas routed through Montevideo are sent down at the start of the season aboard a supply ship (most likely the Vanguard). And I assume mail coming back to Uruguay would have to wait until the end of the season.  I must have sent it too late to make it down there for the 2010/11 season. 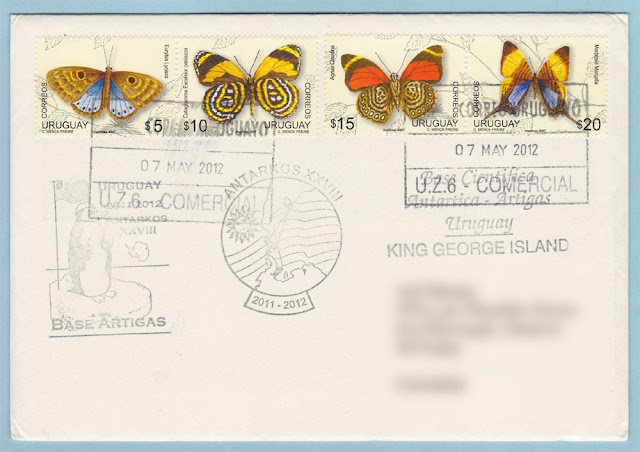