Palmer Station is a US Antarctic research base located on Anvers Island, just north of the Antarctic Circle. It is staffed by around 40 in the summer and less than 20 during the winter and the base is normally re-supplied by the RV Laurence M. Gould. 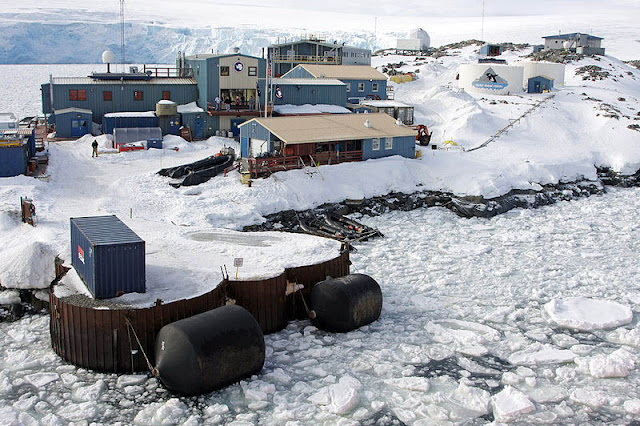 I sent this cover to the base via Punta Areans in mid September. The LMG arrived at the base on 12 October 2010 to 'open' the base for the 2010/2011 season and the Palmer cancel on the lower left corner of this cover bares the date Oct 13 2010. So it was processed during the staff turn over. But why was the stamp on this cover cancelled in Denver? My guess is that all outgoing mail was just loaded up in a sack and brought back to the Raytheon Polar Services Company in Centennial, Colorado (just outside of Denver) where it was then added to the regular mail stream. 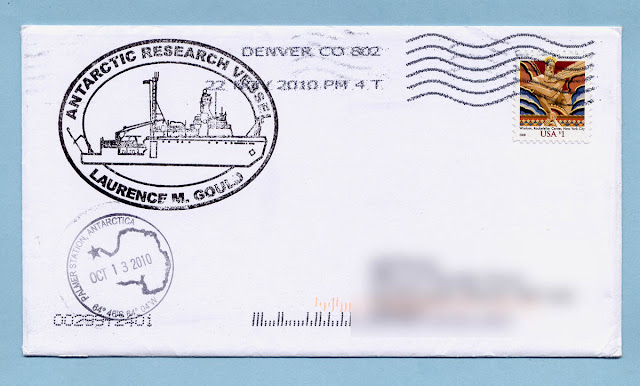