This is the back of a letter I got back from Frei base recently. Nothing special on the front. At least that's where I think it came back from. I seem to remember there was another Chilean base or something down there I sent letters to. Another place that routes it's mail through Frei, like most other bases in the area. 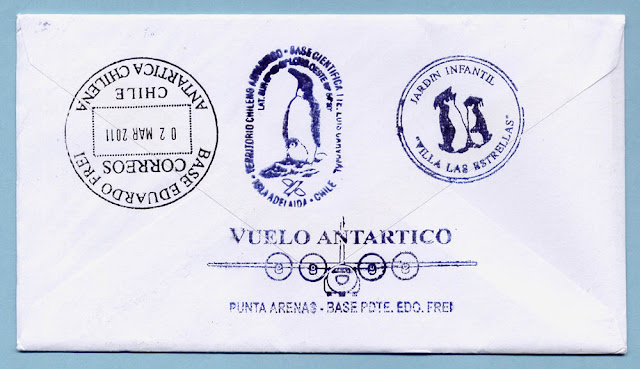 Posted by Jeff at 3:48 PM No comments: Links to this post

Halley 5 is a British Antarctic research station. The main buildings of the station stand on tall stilts that are raised occasionally to keep the buildings from being buried beneath the snow and ice. The base has a staff of 16 in the winter and around 70 in the summer. 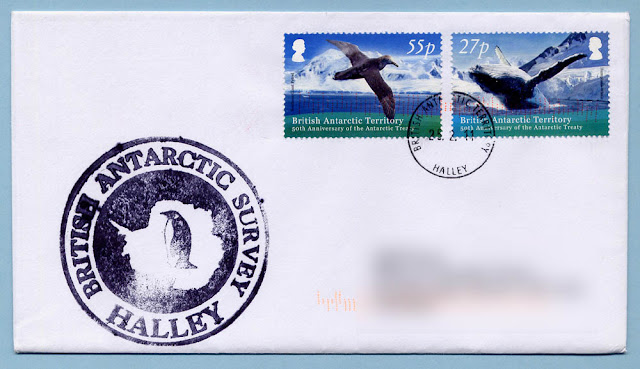 I sent this cover and another down there in December of 2009 and you can see it was just cancelled two months ago. I must have missed the end of the 09/10 season. There was nothing on the back of this envelope. The other cover from Halley looks pretty much like this one.
Posted by Jeff at 2:21 PM No comments: Links to this post